The LEGO Group is beginning to tease the launch of a new Overwatch theme with an empty website.

To start building anticipation for the new LEGO Overwatch theme, which will launch in 2019, a new website has launched. It only includes ten words, but for fans of the video game, that is enough to add to the buzz around this upcoming product range.

The Brick Fan draws attention to the website, that features the theme’s logo and a quote from the game – “Let’s get this moving!”. The partnership was first announced in May by the game’s publisher, Blizzard, with Overwatch fan and Senior LEGO Designer Mark Stafford shortly thereafter revealing that he is working on the theme. 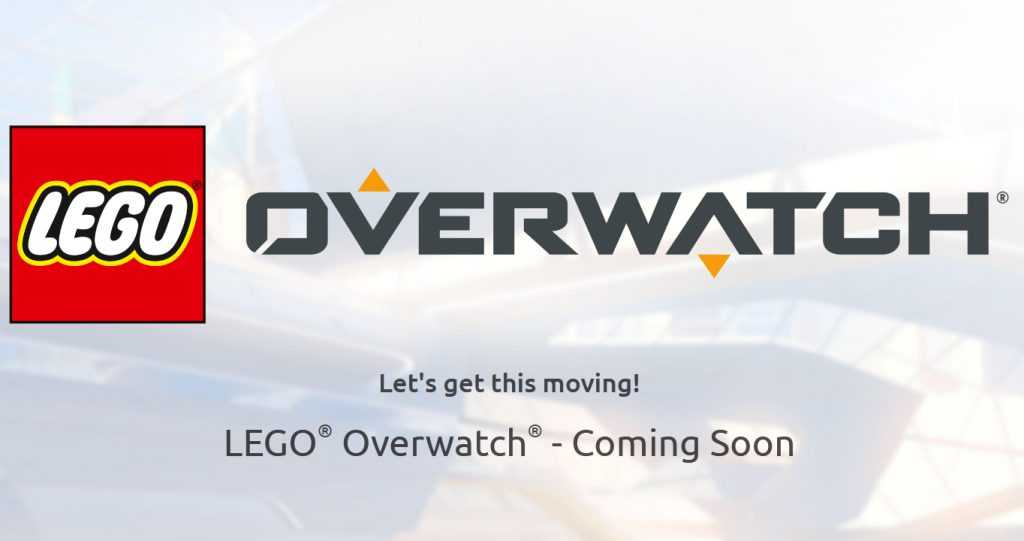 Information received by Brick Fanatics initially pointed to a January 2019 release date, but further details received since suggest that the theme will launch to tie in with a new Overwatch TV series, possibly launching on Netflix. Yet in Mark Stafford’s May comments, he says, “a month or three from now when things start to officially surface” he can share more information – with that kind of timeframe pointing more towards a January launch.

Brick Fanatics understands that the theme will launch with six traditional minifigure sets, along with a supporting range of minifigure focused packs with key accessories.

LEGO Overwatch is expected to launch in 2019.