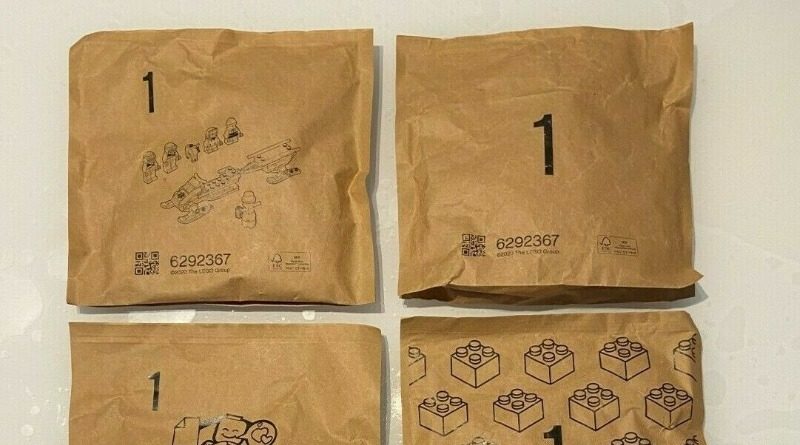 Prototypes of the newly-announced LEGO paper bags have turned up on eBay in Germany.

According to the listing, the paper bags were obtained from an employee who was permitted to keep them for his son. And they can now be yours, for the low, low price of just €10,999 (or roughly £9,960). Plus shipping, of course.

The ambitious seller has four bags in total, each of which is filled with red 2×4 bricks. Three are apparently still sealed, but the employee’s son has already opened one, presumably shaving off some of the market value. Just imagine the price if they were all sealed.

The LEGO Group announced the impending shift to paper bags last month, as part of the next stage in its drive towards sustainability. The company has two ambitious targets: make all packaging sustainable by 2025, and all products sustainable by 2030.

Changing the plastic bags that hold loose bricks in LEGO boxes will apparently help the company achieve that aim, even if paper has a bigger carbon footprint. That’s because, as Vice President of Environmental Responsibility Tim Brooks told Brick Fanatics, paper can be more widely recycled.

The paper bags have been in development for two years, and the first batch will be rolled out early next year. The LEGO Group has tested a wide range of different materials for the bags, and will continue to do so during the initial trial period.

We’ll keep an eye on the eBay listing to see if the early prototypes manage to find a buyer.