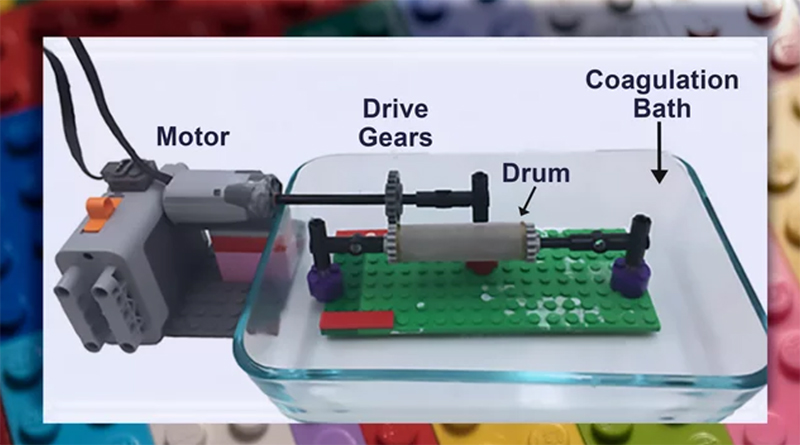 When seeking a material to help food scientists from Penn State University ad the University of Alabama grow meat in the lab, the experts turned to LEGO bricks.

Academic journal Food Hydrocolloids recently published research from Penn State University and the University of Alabama that reveals LEGO Power Functions components being used to help produce lab grown meat. One of the problems in cultured meat for scientists has been getting the texture to resemble organic meat. In order to recreate the texture of a cut like steak, the cells of the lab grown meat need to grow in a structured way.

This is where LEGO elements helped. To turn starch fibres into a “scaffold”, an electrospinning device was needed. It could not use a conductive material though – which is where LEGO motors and elements came in handy.

“The reason we chose Lego is we’re going to have water and ethanol in there and we don’t want the device to be conductive,” Gregory Ziegler, professor and director of graduate studies at the Department of Food Science at Penn State, told Food and Wine. “The plastic was perfect.” 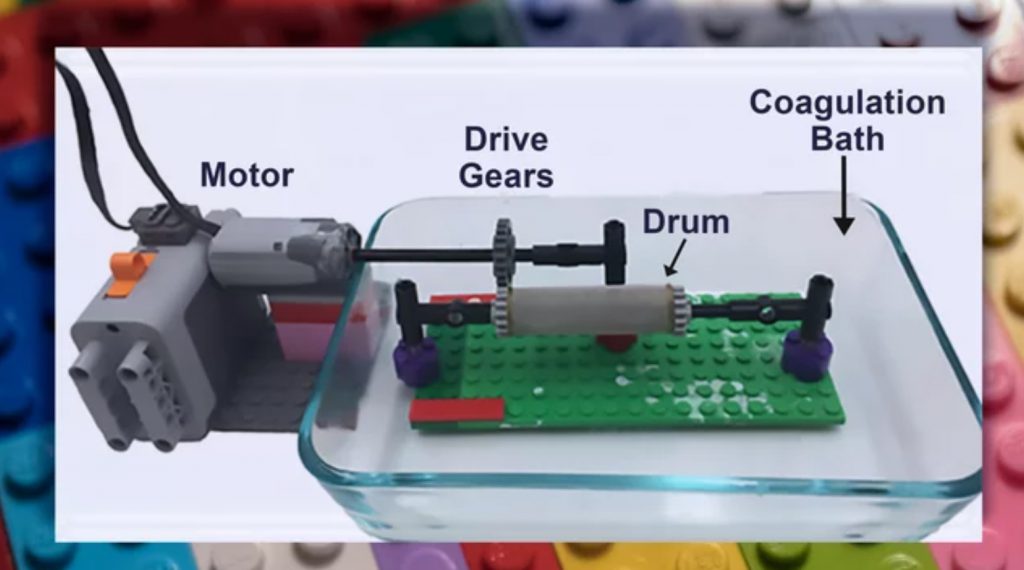 How to create the starch fibre scaffolding was the key aspect to the research. “We’ve been able to align our scaffolding that could grow aligned muscle cells,” Ziegler said. “A lot of scaffoldings that have been put out there for biomedical applications have synthetic plastic fibres. Who wants to eat plastic, right? Even if it is biodegradable, people don’t want plastic in their meat. Here we have starch, and it just comes from corn. The idea is we could make a nice edible clean scaffold for our clean meat.”

Going forward, the researchers will be using a larger system, now that the LEGO prototype has proven the concept. So while lab grown meats may be a few years away from being a supermarket staple, when they are, consumers can know that LEGO elements played a role in getting there.