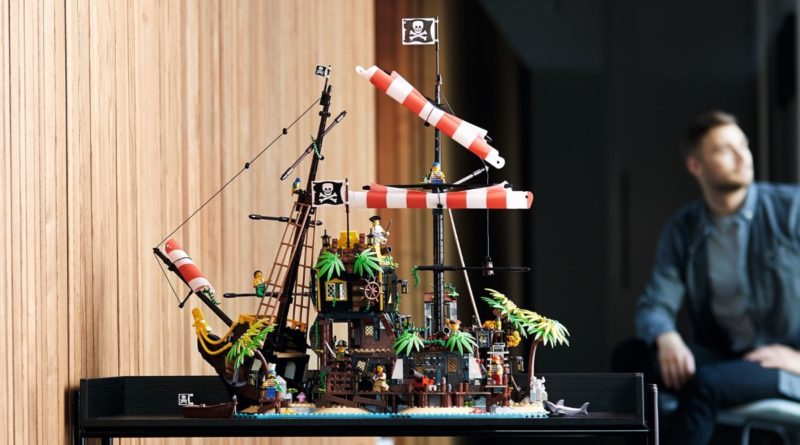 The LEGO Group has bumped up 21322 Pirates of Barracuda Bay’s retirement date to 2021, which means you don’t have long left to secure one of the best LEGO Ideas sets released so far.

According to Brick Fanatics’ sources, the 2,545-piece set – which was originally scheduled to retire in 2022 – will leave shelves by the end of this year. Given it only launched in April 2020, that would represent a comparatively short lifespan for a LEGO Ideas set, and suggests the retro-inspired model hasn’t sold quite as well as anticipated.

That’s bad news for both fan designer Pablo Sánchez, who receives a cut of the royalties for 21322 Pirates of Barracuda Bay, and those fans hoping the 2-in-1 set would lead to a resurgence of the classic Pirates theme. That said, there’s nothing to say that that still won’t happen – it could simply be making way for a full wave of Pirates sets in 2022.

The sheer volume of LEGO Ideas sets launching this year may also have something to do with it, because the crowdsourced theme has become incredibly prolific in 2021. Only 2019 can match the number of Ideas products either already released or rumoured to be released in 2021, at a total of five so far (or a record-breaking seven if you count 40448 Vintage Car and 40487 Sailboat Adventure.)

With so many Ideas sets landing on shelves, it’s no shock that others have to leave the portfolio. It’s just surprising that 21322 Pirates of Barracuda Bay will be one of the first to do so, particularly when others – like 92176 NASA Apollo Saturn V and 21321 International Space Station – were originally scheduled to retire in 2021, but will now hang around well into next year.

Still, it’s worth remembering that the LEGO Group’s retirement dates are always in flux, and 21322 Pirates of Barracuda Bay’s planned exit could yet be postponed again. For now, though, it’s due to retire by the end of 2021, so make sure to snap it up soon if you don’t want to risk missing out altogether.

Click here for a full list of every LEGO set scheduled to retire by the end of this year.