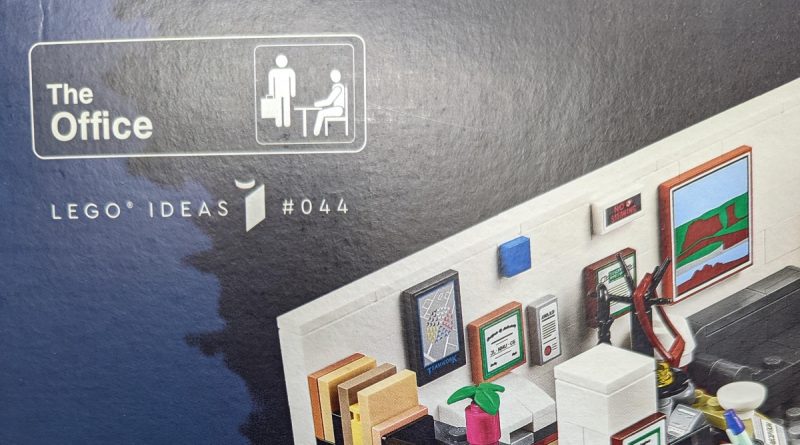 The LEGO Group is building on its history of rare and mysterious printing errors with a weirdly misprinted box for 21336 The Office.

From a Stormtrooper who’s seen some things to a Bullet Bill that’s interminably depressed, there are countless examples of LEGO misprints finding their way into the wild. (We even gave one away a couple of months ago.) But for the most part, they’re all focused around prints on specific elements, while packaging errors are typically due to design decisions that affect entire print runs.

That’s not always the case, though, as proven by redditor TheMon420 – who placed an order for two copies of the newly-released 21336 The Office from Walmart, and received two very different boxes. While one is the LEGO Group’s standard all-black affair for its 18+ sets, the other has clearly suffered some sort of serious printing malfunction, splashing blue along one edge and on to the front.

According to printing experts on reddit (this is the internet, of course printing experts found this error), the most probable cause of the strange box is that either black was missing from the printer, or the process was stopped prematurely. There’s also a lack of yellow ink beyond the LEGO logo, which one commenter suggests likely uses a separate and specific shade of yellow.

Whatever the reason, the end result is that this redditor now has a LEGO box that presumably very few other people have. And if the market for misprinted pieces has taught us anything, it’s that it’ll probably be worth a small fortune someday – depending on how many boxes were in the same production run, that is.

21336 The Office is available to buy now. Consider supporting the work that Brick Fanatics does by purchasing your copy (with, most likely, a regular box) using our affiliate links. Thank you!