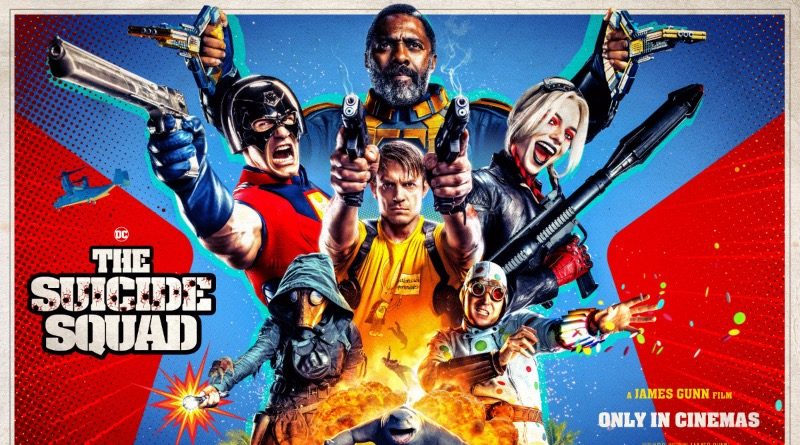 The LEGO Group has acknowledged today’s theatrical release of James Gunn’s The Suicide Squad in a new online ad – but only as ‘the film’.

Head over to LEGO.com this morning, and you’ll likely be greeted by a banner featuring Harley Quinn (as seen in last summer’s 76159 Joker’s Trike Chase), tagged: “Recreate thrills from the film: bring crime-fighting fun to life with LEGO DC sets.”

‘The film’. It reads a bit like your estranged aunt trying not to mention ‘the incident’ at last year’s family BBQ. Of course, the LEGO Group would never openly use a movie with the word ‘suicide’ in the title to promote its products, but this sort of feels like doing that, because calling it ‘the film’ doesn’t stop everyone knowing exactly what film it is.

That said, it’s not the first time the company has attempted to ride the coattails of a movie that’s beyond its primary target audience – nor even the first time it’s used a Suicide Squad movie for that purpose.

David Ayer’s original take on the DC characters in 2016 was accompanied by 76053 Gotham City Cycle Chase and 76055 Batman: Killer Croc Sewer Smash – two sets that just happened to include a bunch of the same characters as the film. Captain Boomerang, Katana and Deadshot’s minifigure designs may have been based on the comics, but there’s only one reason those obscure characters even made it in.

The Suicide Squad is in cinemas now. The LEGO Group’s sheer lack of DC-related sets this year means it’s passed up the opportunity for more movie-adjacent minifigures, but you can still grab Harley Quinn in 76159 Joker’s Trike Chase and/or 40453 Batman vs. The Penguin & Harley Quinn.