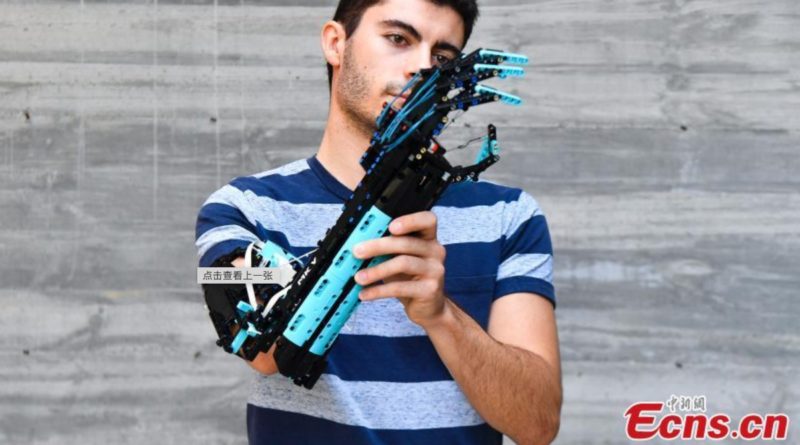 Spanish student David Aguilar from the University of Andorra has released images of the latest version of his LEGO prosthetic arm.

Aguilar has shared how he built himself a prosthetic right arm from LEGO bricks back in 2019 and 2018. As his right arm never fully developed and he has some limitations while using it, Aguilar has been building full right arms for himself ever since he was a young child.

Images from the most recent version of his arm have been released online, highlighting how LEGO Technic elements come together to form an articulated arm, all the way down to the tips of the LEGO fingers. Rubber bands even allow the finger parts to lift and bend, just like an organic hand.

Aguilar is already well-known for building with LEGO bricks, being a 2017 Guinness World record holder and the 2020 LEGO Masters France winner. These pictures were taken in Sant Cugat del Valles near Barcelona.

With every iteration of the prosthetic arm, Aguilar makes it more refined and practical. His skill shows just how far you can go with LEGO bricks, imagination, and patience.