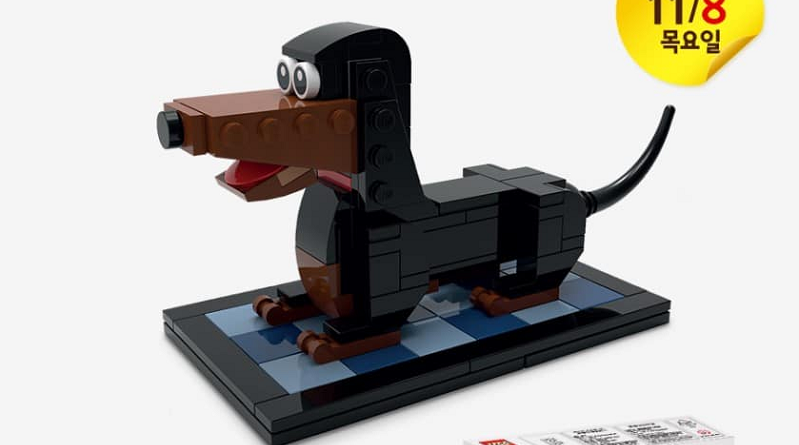 The limited edition Korea Puppy series is made up of four LEGO dogs, designed by LEGO Certified Professional (LCP) Jae Won Lee. A new one will be released each week during November. As the LCP logo is not present on the boxes, they do look to be official LEGO sets.

According to a post on Instagram, each of the cute little sets will be free with a purchase totalling 80,000 South Korean won or more, at select online markets in Korea, although it is still not entirely clear which websites. Each box has a “2018 Korea Limited Edition” logo, suggesting that the sets have been produced in limited quantities.

For fans outside of Korea, it looks like websites such as eBay, Amazon and Bricklink will be the only way to get hold of these sets.

LEGO Certified Professionals are talented LEGO creatives who are selected by the LEGO Group for official recognition. Occasionally this leads to products, as it has here, with the most successful example being the LEGO Architecture theme that launched with the support of LCP Adam Reed Tucker.