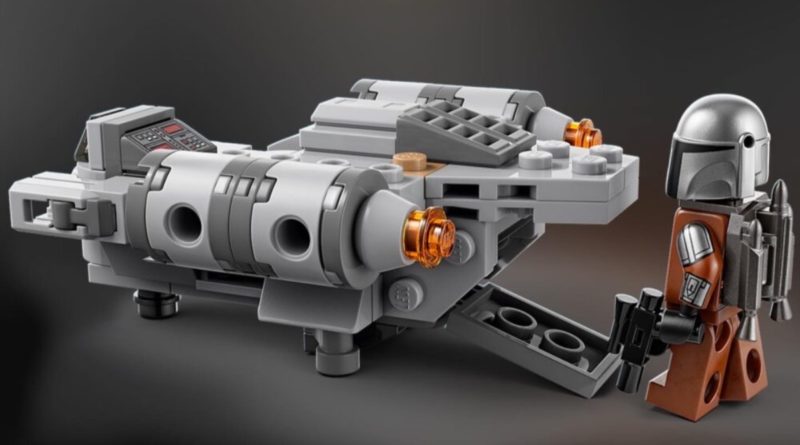 The LEGO Group’s Building Instructions app has revealed a first look at a brand new Star Wars: The Mandalorian set for 2022, 75321 The Razor Crest Microfighter.

Thankfully avoiding the generic name of its bigger brother, 75292 The Mandalorian Bounty Hunter Transport, the chibi-style ship – which is rumoured to be next year’s only Microfighter – includes a Beskar Mando minifigure, complete with jetpack, as seen in 75319 The Armorer’s Mandalorian Forge.

The scaled-down Razor Crest is an okay likeness for the real thing – at least within the format of the Microfighters, which often play fast and loose with proportions to fit their unique style. The forward cannons are also represented by two of the new oversized stud-shooters, which were first revealed in the new range based on Matt Reeves’ The Batman.

This seemingly caps off a smaller wave of LEGO Star Wars sets for January – bar the two rumoured accessory packs – with more said to be arriving in March, April, May and possibly June. Click here for a reminder of everything thought to be coming our way next year.