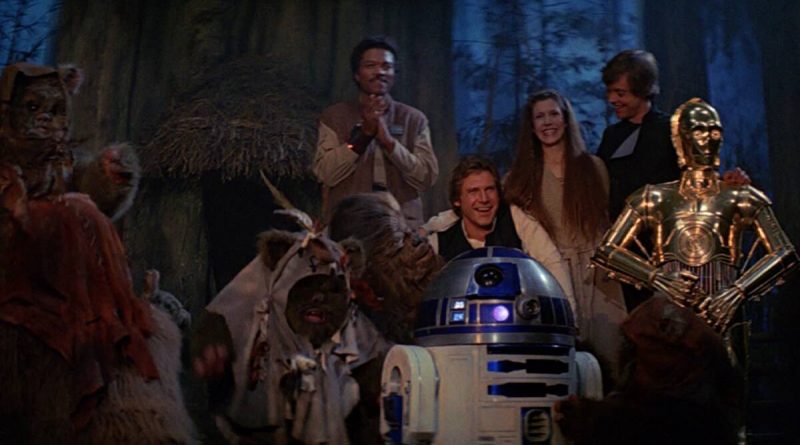 It sounds like the LEGO Group is planning to go all-in on Star Wars: Return of the Jedi’s 40th anniversary, with yet another Endor set rumoured for 2023.

Joining the already-rumoured two (or possibly three) additions to the LEGO Star Wars Diorama Collection is 40615 Endor BrickHeadz Pack, which 1414falconfan reports (via brick_clicker) will include blocky statuettes of Luke Skywalker, Princess Leia, Lando Calrissian, R2-D2 and an Ewok.

Three of those characters make perfect sense for Endor, but Lando and R2 feel a little more suspect: surely Han Solo and C-3PO are the more obvious contenders? This set is still only rumoured for now, of course, so it’s possible that if it does exist, it could include a more logical mix of characters. Either way, more Star Wars BrickHeadz wouldn’t be too surprising: the themes have collided twice this year, most recently in 40547 Obi-Wan Kenobi & Darth Vader.

The same sources suggest 40615 Endor BrickHeadz Pack (which also may not be its final name) will launch on January 1, 2023 for $40. That puts it in the same BrickHeadz price bracket as this year’s 40560 Professors of Hogwarts, which only includes four different characters. The smaller size of R2-D2 and the Ewok may go some way to explaining that discrepancy, though – and perhaps explains why we’re said to be getting Artoo over Threepio.

If this rumour pans out as expected, next year is already shaping up to be a better celebration of Return of the Jedi’s 40th anniversary than 2022 was of Attack of the Clones’ 20th anniversary. The LEGO Group referenced the middle prequel movie’s milestone with precisely two sets – 40558 Clone Trooper Command Station and 75333 Obi-Wan Kenobi’s Jedi Starfighter – while we’re already looking at up to four for Episode VI.

Alongside 40615 Endor BrickHeadz Pack, 2023 will reportedly bring us 75352 Jabba’s Palace Diorama (which may instead be 75352 Death Star Throne Room Diorama) and 75353 Endor Speeder Bike Chase Diorama. There’s an open slot in the current rumour list that would fit a third diorama, so it’s also possible that both Jabba’s Palace and the Death Star Throne Room will join the 18+ range in 2023.

Here’s a quick recap of all the LEGO Star Wars sets rumoured for 2023 so far. Remember to take this with a pinch of salt until any official announcements from the LEGO Group.