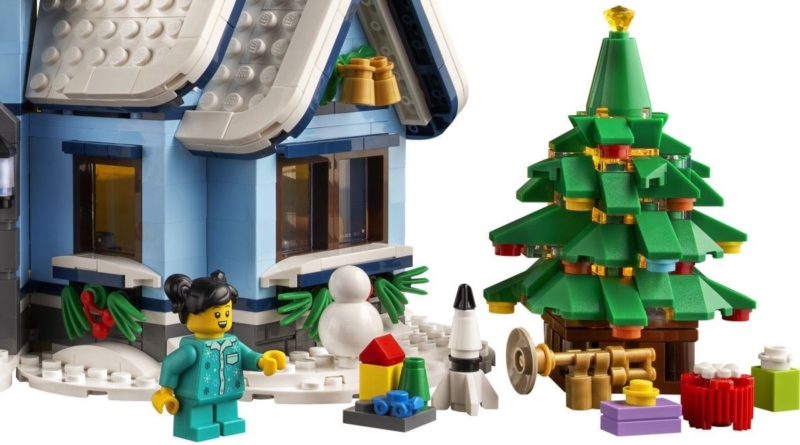 LEGO 10293 Santa’s Visit includes yet another Christmas tree for the Winter Village subtheme – but this one has a hidden function.

Every single one of the Winter Village sets to date has included a tree of some kind, and all but five have incorporated decorated, brick-built Xmas trees. They’ve all opted for slightly different approaches over the years, though, from stacked, studded plates to wedge plates placed on their sides.

10293 Santa’s Visit follows 2020’s 10275 Elf Club House in layering slopes to represent branches, but there’s one major difference with the Christmas tree in this year’s Winter Village set. Speaking to Brick Fanatics earlier this year, the set’s designer Chris McVeigh revealed a hidden function built into the tree’s larger-than-usual base.

“The Christmas tree is pretty standard [in design]; it’s a bigger tree like last year’s, and it has lots of ornaments – but this tree lights up,” he explains. “So you push down on it, and for the first time, we have a light-up Christmas tree using the light brick.”

It feels like such an obvious feature to include that it’s almost more surprising that it hasn’t been done before, particularly because previous Winter Village sets have included light bricks for other purposes. (10275 Elf Club House used one to illuminate the elves’ bedroom, for instance.)