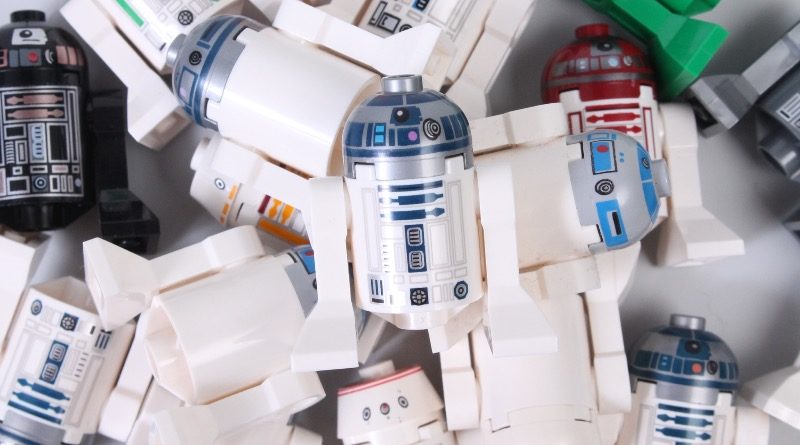 The LEGO Star Wars designers say they’ve resisted updating classic minifigures like R2-D2 because doing so would ‘split the fanbase’.

While several iconic characters based around specific elements – like Chewbacca and Darth Vader – have been given deserving and authentic upgrades over the years, a select few remain essentially the same as they appeared at the dawn of the LEGO Star Wars theme in 1999.

Take R2-D2, for instance, who – bar a few updates to prints and colours – hasn’t changed one iota since first appearing in 7140 X-wing Fighter, 7141 Naboo Fighter and 7171 Mos Espa Podrace. The astromech droid is still wildly out of scale with every other minifigure, and lacks key features such as a freely-rotating head, a third leg and back printing.

This year’s 75308 R2-D2 seemed like the perfect opportunity to bring us an updated version of Artoo, but the buildable droid just came bundled with the same old minifigure we’ve seen in countless other sets.

At this year’s LEGO Fan Media event, Brick Fanatics took the opportunity to ask the Star Wars design team about the possibility of refreshing those characters that have remained consistent for decades, including R2-D2. And according to Design Manager Michael Lee Stockwell, it’s a tricky tightrope for the LEGO Group to walk.

“The fans are split on updating elements, especially when it deals with characters that are very classic,” he says. “There’s a certain affection to the nostalgic value of some of these characters. And when we update an old element, we are always very conscious to make sure that we don’t lose the LEGO DNA that is part of that element. It has to still look like a LEGO piece.

“We could go all-in and make everything scale-accurate, but then it wouldn’t look minifigure-like, so it’s about keeping that balance.”

That didn’t stop the design team from upgrading the classic single-piece Darth Vader helmet to a more accurate two-piece helmet in 2015, but it does apparently mean that we shouldn’t expect to see an updated R2-D2 any time soon.

“One of the things that’s really charming about Artoo is that he has the look that he has, and if we change that we’re going to split the fanbase,” Michael explains. “There’s going to be some that’ll yell and scream, and others will applaud.”

The solution – for now at least – seems to be to avoid that controversy altogether (perhaps with one eye on the controversy that’s plagued the dual-moulded Stormtrooper helmets since their introduction in 2019) by sticking with the same R2-D2 minifigure that has graced sets for the past 22 years.

If you’re firmly in the camp that would applaud a new Artoo, console yourself with a larger brick-built version in 75308 R2-D2 – a set we described as a ‘totally justified and very worthwhile addition to the (not-UCS) LEGO Star Wars collection’ in our review.