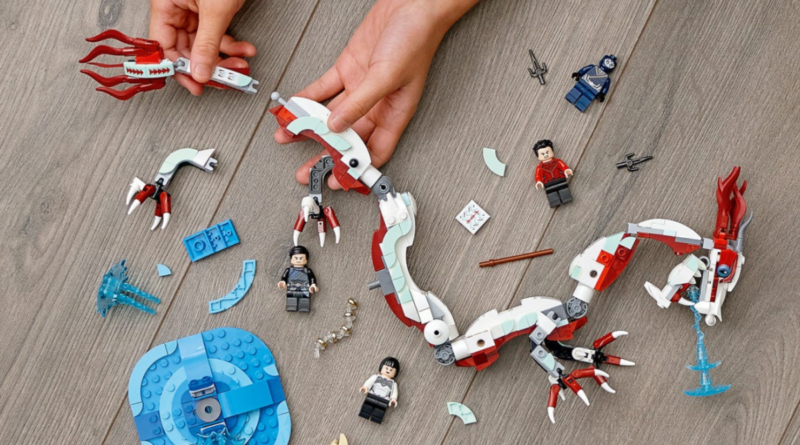 The Marvel Cinematic Universe continues in Shang-Chi and the Legend of the Ten Rings, with a few LEGO minifigures ready to reappear in future.

Those who haven’t had the chance to see the latest movie in the MCU may want to click away as we’ll be covering major spoilers, including the end of the movie and what it means for the future of the LEGO Marvel minifigures in this article.

Shang-Chi and the Legend of the Ten Rings is the latest MCU superhero to join the star-studded cast and is one of many new characters introduced in the film. However, those who have had a chance to see the movie will know that not everyone will be able to return in future projects. Thankfully, the ending scenes did confirm that a few of the new cast will be back in the upcoming chapters of the MCU.

Out of the seven minifigures from both 76176 Escape from the Ten Rings and 76177 Battle at the Ancient Village, four have been confirmed for a reappearance in the post-credits scenes.

In the former, Wong of the Sanctum Sanctorum hosted Katy and Shang-Chi to welcome them to the wider universe and investigate the origins of the Ten Rings. Joining him was Bruce Banner and Captain Marvel, the former of which may have offered an invitation to the Avengers. Whilst Shang-Chi appears in both sets, Katy is exclusive to 76176 Escape from the Ten Rings, potentially making it more tempting to Marvel collectors.

Xialing – who is the subject of the second post-credits scene – appears only in 76177 Battle at the Ancient Village. As the new leader of the Ten Rings organisation, the future of Xialing looks to be an influential one as she now commands an army of warriors including Razor Fist, who comes in the smaller model.

That leaves Wenwu, Death Dealer and Morris. The first two are unlikely to appear in the MCU any further after meeting an unfortunate fate at the hand (or tentacle) of the Soul Sucker army. Morris may appear in more LEGO Marvel sets since he has his own dedicated piece, but nothing has been confirmed surrounding the future of the furry companion for now.