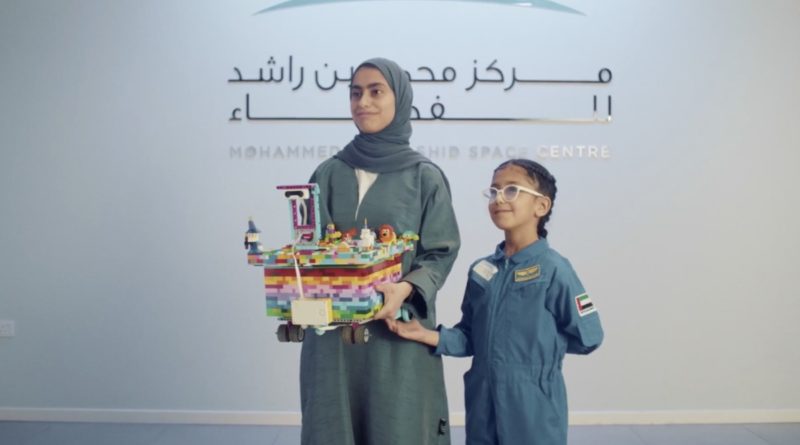 The LEGO Group has teamed up with two sisters to empower them to build a space rover from bricks.

The company runs various initiatives and programs designed to encourage young people to go into STEAM (Science, Technology, Engineering, Art, and Maths), including launching its own learning system through a secondary arm of the LEGO Group, LEGO Education. For 18-year old Fatima Alkaabi and her eight-year-old sister Shaikha, their passion was already there.

They teamed up with the LEGO Group to explore their curiosity about outer space. Together, the sisters created a space rover out of LEGO elements, which was so impressive it’s about to be displayed at the Mohammed Bin Rashid Space Centre, the home of the United Arab Emirates space program.

The rover actually works and can move around, using motors and sensors to ‘see’ and maneuver itself. The build also includes elements of the sisters’ personalities, with Shaikha including models of some of her favourite creatures, like turtles and unicorns, in the final creation.

“[The front sensor] spots any obstacles in the way of the rover and makes sure it doesn’t drive into anything,” Fatima said in an interview with the LEGO Group. “It mimics the cameras on the actual rover.?The white box is the ‘brain’ of the robot. It’s what tells the robot what to do and it is connected to the sensors and motors.”

You can read more about the sisters’ work with LEGO building and watch a video of the pair of them in action here.