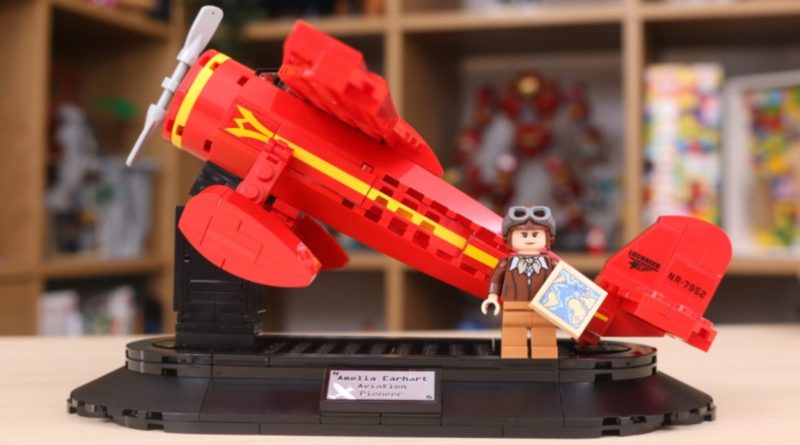 The LEGO Group has apparently accidentally sold too many copies of 40450 Amelia Earhart Tribute through the VIP Rewards Centre.

Originally available as a gift-with-purchase earlier this year, the recreation of Amelia Earhart’s bright red Lockheed Vega 5B – in which she became the first woman to fly across the Atlantic solo in 1932 – popped up in the VIP Rewards Centre in early August for 1,500 points, roughly equivalent to just under £10 / $10 / €10 in LEGO.com or LEGO Store vouchers.

According to StoneWars, however, the LEGO Group issued more redemption codes for the set than the number of copies it had left to supply, which has now left it unable to fulfil all of its orders. That means many fans are currently being left disappointed by orders arriving without 40450 Amelia Earhart Tribute as expected.

Worse still, the LEGO Group is apparently not automatically returning VIP points to users that will no longer receive the set. If your order has turned up and 40450 Amelia Earhart Tribute is nowhere to be seen, you’ll need to actively reach out to the company’s customer service department to request those 1,500 VIP points are credited back to your account.

This also suggests that 40450 Amelia Earhart Tribute will never be coming back in any capacity – either as a returning GWP or in the VIP Rewards Centre – unless the LEGO Group puts it back into production, so you’ll need to turn to the secondary market if you want to grab it now.