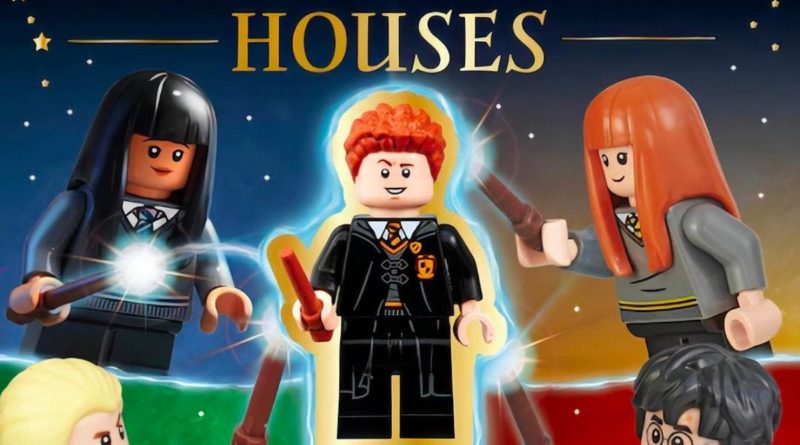 The LEGO Group and DK Books have finally started to move away from using plastic to encase exclusive minifigures with print titles.

The latest LEGO Harry Potter book includes a brand new and exclusive Percy Weasley minifigure, marking the character’s first appearance in bricks. But A Spellbinding Guide to Hogwarts Houses is memorable for more than just its minifigure: it’s also one of the first DK Books titles to do away with the plastic packaging in which its minifigures are typically entombed.

YouTuber HollyOnFilm already has her hands on the newly-released book, which – besides being a vehicle for delivering a new character – offers a detailed guide to the four Hogwarts houses, Gryffindor, Slytherin, Ravenclaw and Hufflepuff. And instead of its Percy Weasley minifigure being enshrined behind plastic, as is usually the case with DK titles, the latest member of the Weasley clan is actually hidden behind a cardboard tab on the inside front cover.

That takes plastic out of the equation entirely, which speaks to the LEGO Group’s ambition to make all its packaging sustainable by the end of 2025. These products technically fall under the remit of DK Books, but they’re created in partnership with the LEGO Group – and the LEGO branding is obviously all over every book – so it’s no surprise we’re starting to see a broader move away from excess or unnecessary plastic.

It also means – as seemingly confirmed by Amazon US – that a paperback version of A Spellbinding Guide to Hogwarts Houses will also include the same Percy Weasley minifigure (h/t Brick Fanatics reader Ashley). You’ll be able to buy that version of the book from September 13, the same day the hardback version launches in the US.

The hardcover version of LEGO Harry Potter: A Spellbinding Guide to Hogwarts Houses is available to buy now from Amazon in the UK for £10.99.