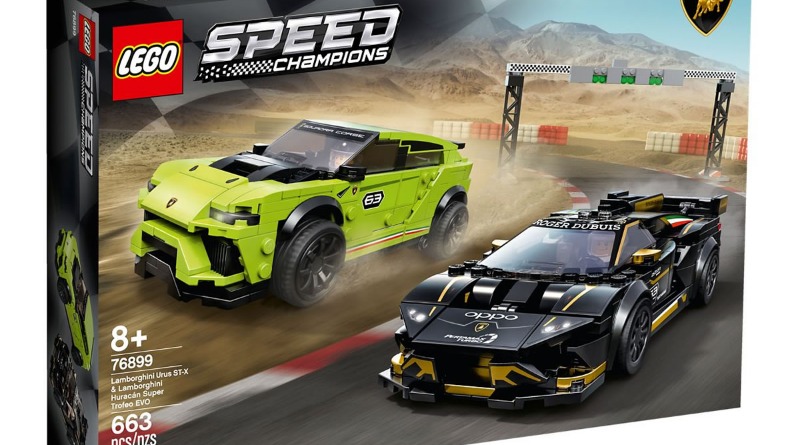 The Lamborghini two-pack was announced at the Super Trofeo World Final in Jerez last month, but it was difficult to get a good look at the cars – until now. The official images give us a much better glimpse at the sleek roadsters, with the EVO sporting a luxurious black and gold colour scheme.

76898 Formula E Panasonic Jaguar Racing GEN 2 car & Jaguar I-PACE eTROPHY, meanwhile, was announced alongside the new Jaguar I-TYPE 4 in early October. These are the first images of the cars out of the box, revealing the full size of the accompanying starting light build.

There’s no word yet on how much the two sets will cost when they launch on January 1, but with the Lambo set weighing in at 663 parts, and the Jaguar set at 565 parts, you can expect a price bump from this year’s two-packs as the sets move to the new eight-wide format.

In the meantime, you can still pick up the last six-wide Speed Champions sets that launched earlier this year: