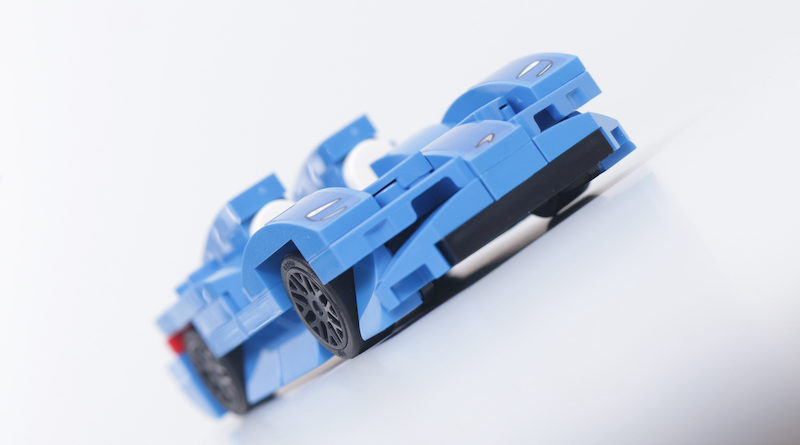 LEGO polybag 30343 McLaren Elva is a gift-with-purchase that represents a new and highly collectible direction for Speed Champions.

While it isn’t the first Speed Champions polybag (that was last year’s 30342 Lamborghini Huracán Super Trofeo EVO), it does represent an interesting and potentially highly-collectible direction for the theme.

Where last year’s mini-Lambo came in at four studs wide, 30343 McLaren Elva has been designed at five studs wide and, much like the full-size vehicles’ switch from six to eight studs wide, that extra width even at this smaller scale makes a huge difference.

Primarily it opens up an extra level of detail and design possibility to create a fun and surprisingly intricate little LEGO car build, most comparable to the die-cast Hot Wheels toy cars.

Changes in bodywork angle, lighting details and even front and rear wing shaping are all caught in this five-stud-wide creation to make 30343 McLaren Elva a credible addition to the Speed Champions line and a nice counterpart to the full-size 76902 McLaren Elva (which, by the way, is a LEGO set that we love).

And if it’s a direction we could expect to see future Speed Champions polybags go in, then 30343 McLaren Elva also marks the start of a very interesting collection parallel to the larger-scale Speed Champions vehicles.