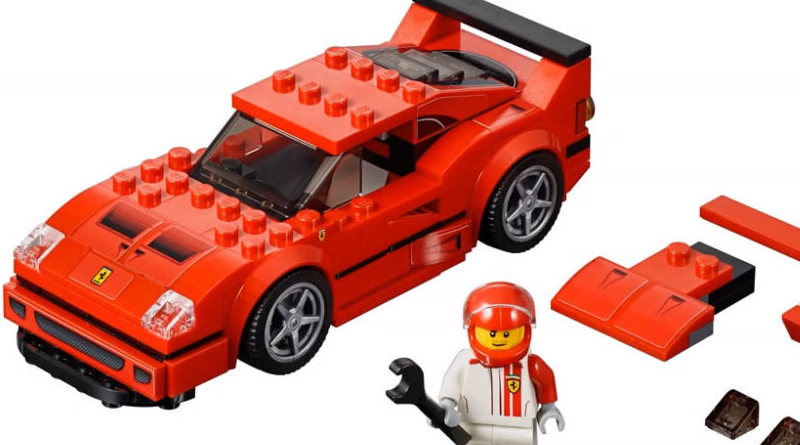 The first LEGO Speed Champions set for 2019 has been revealed, 75890 Ferrari F40 Competizione.

Racing theme LEGO Speed Champions will continue into 2019 with a new wave of sets expected in January. 75890 Ferrari F40 Competizione will be one of the first new sets, based on the 1989 model. Zusammengebaut has shared images of the new release.

The build features two alternate fronts for the car, giving Ferrari fans options for customising the way they display their build. It will go nicely with two other current Speed Champions sets, 75889 Ferrari Ultimate Garage and 75886 Ferrari 488 GT3 “Scuderia Corsa”.

As expected, the set follows the format that LEGO Speed Champions has followed since its inception, allowing the growing to collection to work nicely for those who have been collecting for some time. While there may be limitations to the detailing available, it keeps the prices low for this long-running theme.