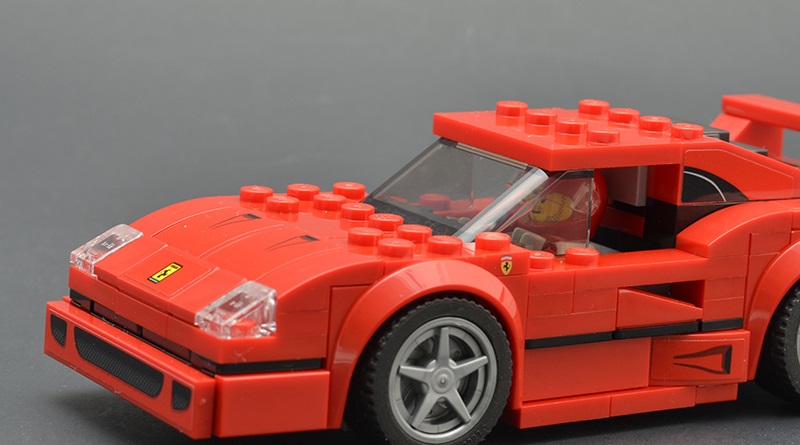 Will LEGO Speed Champions 75890 Ferrari F40 Competizione speed ahead of the competition and be the theme’s first must-have set for the new year?

Despite only 1,311 having been produced, the Ferrari F40 is undoubtedly one of the most iconic sports cars ever designed. It also has the distinction of being the last car personally approved by the late Enzo Ferrari. This is the third time this car has been rendered in LEGO form – first it was a midi scale polybag in 2012, followed by 2015’s stellar Creator Expert rendition, 10248 Ferrari F40. How does 2019’s all new minifigure scale version, 75890 Ferrari F40 Competizione, hold up? 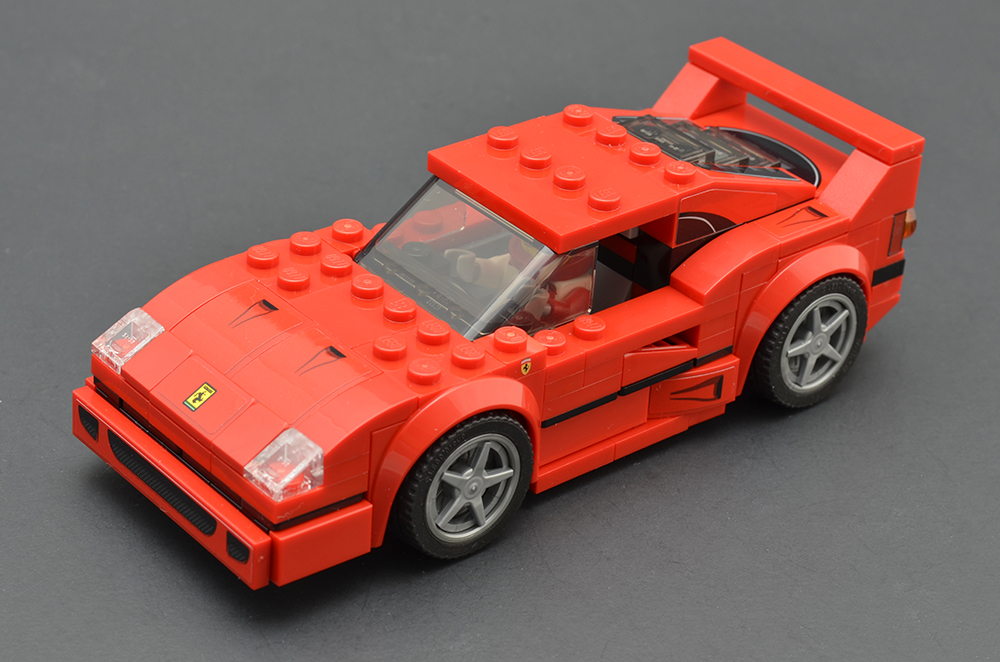 Similar to some of the muscle cars in the Speed Champions theme, the F40 sports a number of subtle lines that can prove difficult to render at this scale. The designers on the team have shown an incredible level of improvement in this regard over the last several years since the theme’s inception. The long, slow curve of the hood, the slight flare of the back end, and the slatted rear windscreen are all present here. For a series that has a tendency to rely rather heavily on stickers, the F40 gets by with a comparative minimum. Most of the car’s iconic shapes come from brick-built solutions. Compared with the other vehicles in this year’s offerings, the F40 is the least technical of the bunch. That doesn’t mean however that it is devoid of interesting techniques. I won’t spoil any of the really clever solutions to any of this crop of Speed Champions designs – as it would be a shame to rob any of you of the joy of discovering them on your own.

In addition to the standard F40, 75890 Ferrari F40 Competizione also contains parts you can easily swap out to make the Competizione version of the car. Only ten of this modified version of LM evolution model of the car were built, but thanks to this awesome little set, you can have one too. Simply add the front wing, swap out the hood, change the exhaust area, and pop on a black rear spoiler and you’re good to go. The swapping of the hood – while smoothly integrated – is really only necessary because of an alternate pair of stickers depicting the enlarged hood scoops. The parts involved are exactly the same.

While it would be possible to design a version with fewer visible studs, this build is quite sturdy and still looks suitably sleek. It even avoids looking too overly long and narrow – a problem common to many of the Speed Champions designs. Ideally, most would be built at seven wide, but that invites a host of other problems in terms of parts and stability. Odd widths aren’t totally out of the question however, as we’ll take a look at in an upcoming review.

I can comfortably recommend this set, as it offers not only a great looking model, but also a fun and satisfying build experience, particularly at this price point.

75890 Ferrari F40 Competizione is available now at shop.lego.com. You can help support Brick Fanatics’ work by using our affiliate links.