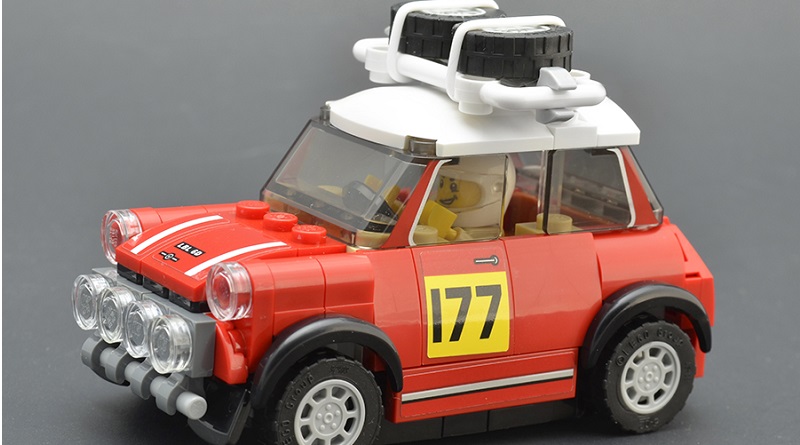 The classic rally Mini finally arrives in LEGO Speed Champions, along with a more modern rendition – has 75894 1967 Mini Cooper S Rally and 2018 MINI John Cooper Works Buggy been worth the wait?

The Speed Champions line has gone to great lengths to depict all manner of muscle, super, hyper, and formula car. It’s nice to see the team branch out into other disciplines now and again. 2018’s 75885 Ford Fiesta brought the theme into the realm of rally racing. Continuing where the Fiesta left off, 75894 1967 Mini Cooper S Rally and 2018 MINI John Cooper Works Buggy gives us a rally classic, as well as a modern desert demon. 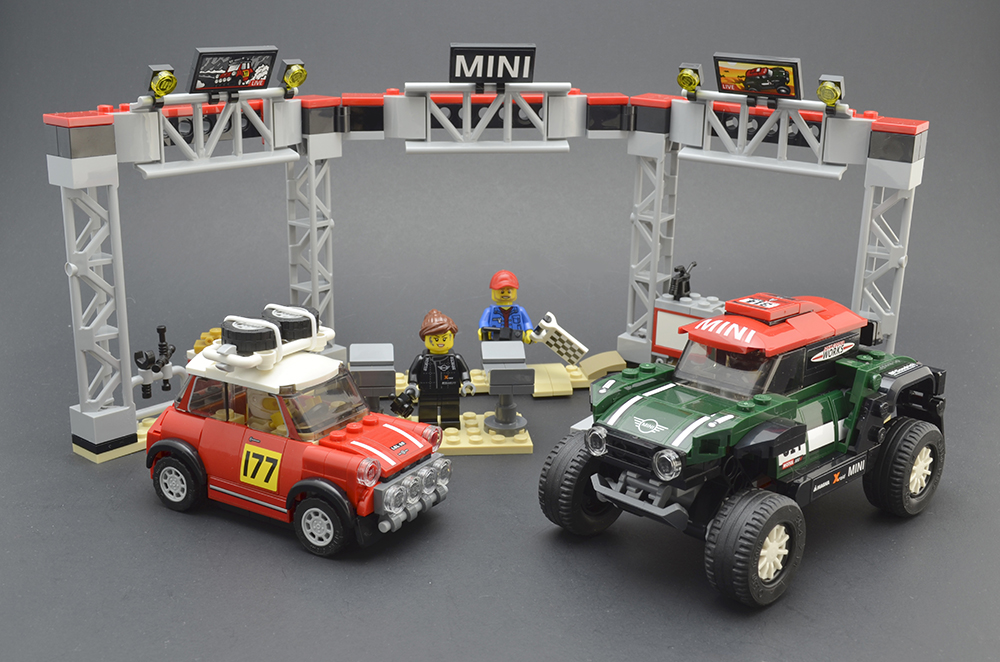 Beating out the likes of the Lancia Fulvia and Porsche 911, this scrappy Mini Cooper S went on to win the 1967 Monte Carlo Rally. Produced by a number of manufacturers over the years (most recently BMW), the Mini has eked out a place in modern pop culture. With its remarkably diminutive frame appearing in a number of popular films and television shows such as The Italian Job and Mr. Bean, Mini is a bonafide household name.

Recreating this retro-racer within the Speed Champions framework proves an interesting challenge. Its aforementioned size means that keeping it in scale with other cars in the theme makes it nearly half as long as most of the other cars released this year. Of all of the designs in this batch, the Mini Cooper is easily the most complex and interesting. Its curvy, bubbly shapes hide a highly technical framework. After all is said and done, the car works out to be five studs wide, something hitherto unheard of within the theme, or really in LEGO System releases in general.

Almost all of the parts used in the build are pre-existing, with the exception of the new fender elements, and a pair at the back which could be easily replaced with more standard parts. I won’t spoil it by saying more than that, as to do so would be to ruin what is perhaps the finest building experience of all of the Speed Champions sets released to date.

Not to be completely outshined, the John Cooper Works (JCW) buggy has some tricks of its own up its sleeves. With their relatively small size, as well as focus on visual authenticity, most Speed Champions sets are light on functionality. Not so with the JCW buggy. It features – for the first time in the theme’s history – functional suspension. True, it is rubber band suspension, but suspension none-the-less. Even better, it is all hidden very nicely beneath the vehicle, so as not to sacrifice its look.

There are some interesting techniques involved with getting some of the car’s more “out there” shapes. The overall results are a bit of a mixed bag, which seems to come down to trying to recreate such a difficult subject at this scale. Much like with 75892 McLaren Senna, the end result may not be especially accurate, but it sure does look great, and is a lot of fun to play with. This one is bound to be popular with children.

It is worth mentioning the minifigures in 75894 1967 Mini Cooper S Rally and 2018 MINI John Cooper Works Buggy. The JCW racing suits in particular look quite striking in black, with their light gray stitching . The set also comes with a small shop area and rigging with monitors showing highlights of the race. While mostly easy to disregard, this sub-build also features some roller coaster track elements, so those looking to expand their collection will get a nice bonus.

I really can’t recommend this set enough. Both vehicles were a joy to build and discover. They also look great on display, and children will undoubtedly love bounding them about their imaginary motorways. Car lovers, kids, and those looking for some advanced build techniques cannot go wrong with this set.