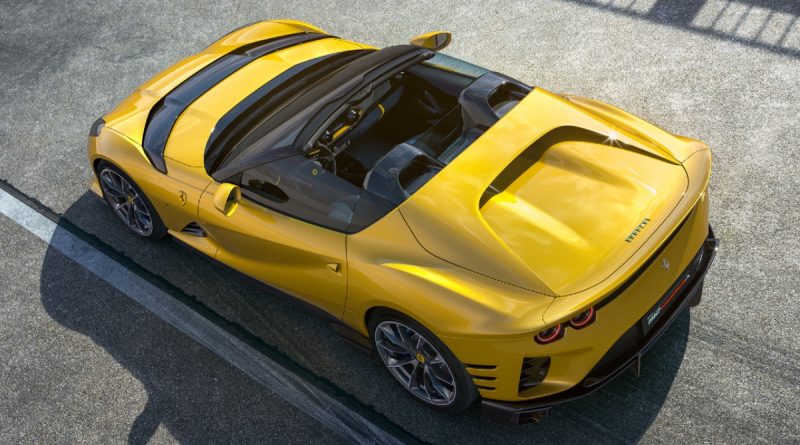 From Porsche to Pagani, next year’s LEGO Speed Champions line-up is rumoured to include a mix of familiar and brand new manufacturers – and at least one more movie-inspired car.

More details on the first batch of LEGO Speed Champions 2023 sets emerged last night, filling in gaps in the initial list of set numbers and prices. As expected, we’re looking at four single cars and one two-pack, in contrast to the 2022 wave, which includes three single vehicles and two double-packs. What’s more, one of those sets – inspired by the Fast & Furious franchise – is thought to launch in January, while the rest will reportedly follow in March.

Here’s a quick glimpse at every LEGO Speed Champions set currently rumoured for 2023. Scroll down for more details on each one, along with images of the cars they’re apparently taking inspiration from.

Boasting Ferrari’s most powerful internal combustion engine – a V12 monster capable of a staggering 819bhp – the 812 Competizione is a souped-up version of the 812 Superfast. Which, you know, is already pretty fast. The LEGO version – if it exists – will hopefully come in bold yellow (versus dark grey), and we’d like to see the Targa roof incorporated too.

Like so many limited supercars, all 99 Pagani Utopias have already been allocated to customers, so you’re never going to get your hands on the real thing (even if you have the material wealth). A LEGO Speed Champions version is a happy consolation prize, and would also mark the theme’s first-ever collaboration with Italian manufacturer Pagani.

LEGO Speed Champions has never shied away from classic cars, and while the 2023 line-up is mostly comprised of modern machines, the Porsche 963 does at least call back memories of ‘80s stunners Porshce 956 and 962 – albeit through name more than looks. Revealed earlier this year, the striking red, black and white car is due to make its official race debut at 2023’s 24 Hours of Daytona.

The only LEGO Speed Champions 2023 set rumoured to be inspired by a movie – following this summer’s 76911 007 Aston Martin DB5 and 76912 Fast & Furious 1970 Dodge Charger R/T – is also the only one said to be launching in January 2023. 76917 Fast & Furious Nissan Skyline GT-R R34 will supposedly be based on Brian O’Conner’s silver and blue car from the high-octane Hollywood franchise.

Currently said to be next year’s only Speed Champions double-pack, 76918 McLaren F1 LM & McLaren Solus GT will reportedly pair two titans of McLaren in a single box. The bright orange F1 LM is a road-legal version of the F1 GTR, created to honour the five GTRs that placed in the 1995 24 Hours of Le Mans, while the Solus GT follows the Senna and Elva – both of which have LEGO Speed Champions sets – in the McLaren Ultimate Series.