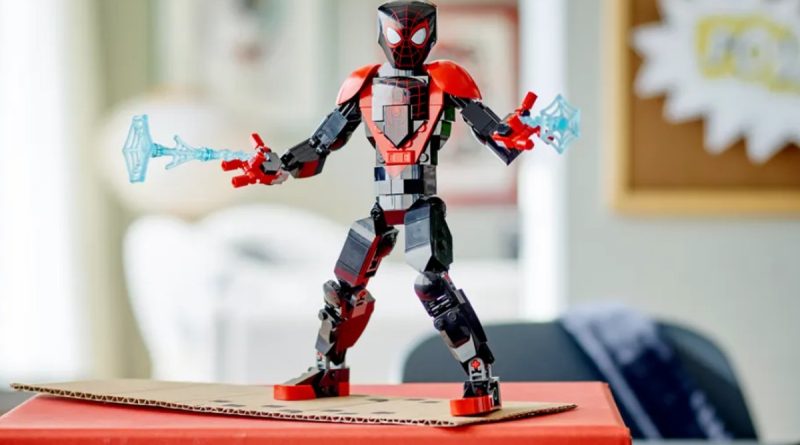 The regional pricing and release date for the three upcoming LEGO Marvel Spider-Man figures has been revealed thanks to the online store.

Following their appearance on the US version of LEGO.com earlier this week, 76225 Miles Morales Figure, 76226 Spider-Man Figure and 76230 Venom Figure are now available on the online store in other regions, confirming their prices and launch day in other parts of the world.

We know now that, worldwide, all three buildable figures will be released on September 1 for £24.99 / $24.99 / €29.99. The design of these models follows 76206 Iron Man Figure but these are based on the comics versions of the characters rather than the Marvel Cinematic Universe.

However, they carry over many elements of its design such as the face plate element used for the masks and Venom’s head, though Venom’s design stands out with an extended jaw and tongue.

76225 Miles Morales Figure, 76226 Spider-Man Figure and 76230 Venom Figure have been confirmed to be part of Spider-Man’s 60th-anniversary celebrations and will be available to order around the world on LEGO.com from September 1, 2022, along with many other LEGO models including 21335 Motorised Lighthouse.