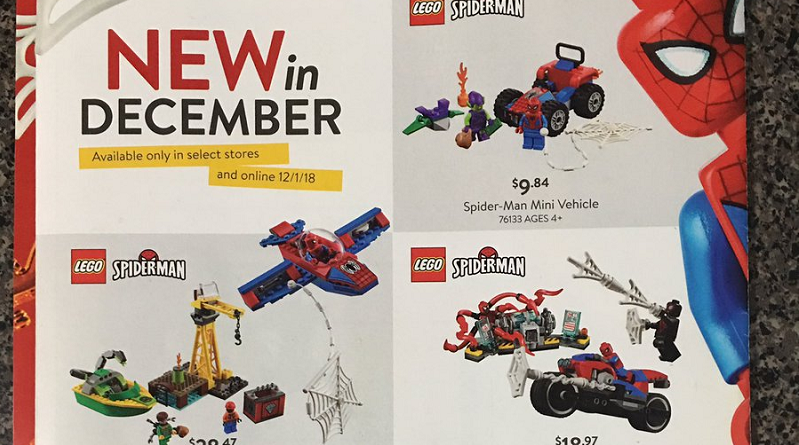 New LEGO Marvel Super Heroes sets to tie-in with Spider-Man: Into the Spider-Verse will be released on December 1.

A new wave of LEGO Marvel Super Heroes sets inspired by the upcoming animated movie, Spider-Man: Into the Spider-Verse, will launch on December 1 – as first revealed by Brick Fanatics. The Brick Fan reports that a website reader has shared a Wal*Mart flyer on Twitter, that confirms that the recently revealed sets will launch ahead of the film’s release and in time for Christmas.

Spider-Man: Into the Spider-Verse is an upcoming animated film coming from Sony Pictures, but produced with input from Marvel Studios. It has been produced by Phil Lord and Chris Miller, the duo who directed The LEGO Movie and have worked on the screenplay for The LEGO Movie 2: The Second Part. Lord has already co-written the film’s screenplay. 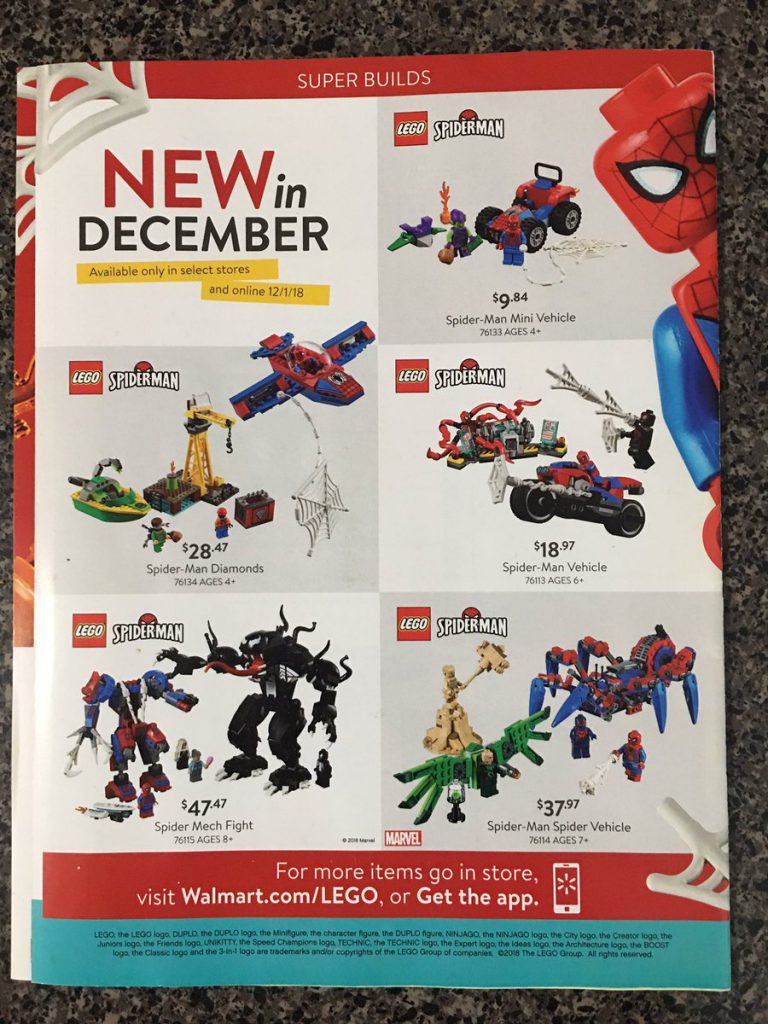 The film follows Miles Morales balancing school life with web slinging, when he discovers that he is not the only Spider-Man, that in fact an entire multiverse of alternate universes exist. From the look of the trailer, it should be a great opportunity to see lots of different iterations of Spider-Man share the big screen.

Marvel fans are mourning the passing of Spider-Man creator Stan Lee, who worked on a huge number of the characters and titles who form the basis of the content that proves so popular today.

Spider-Man: Into the Spider-Verse will be released in cinemas on December 12.