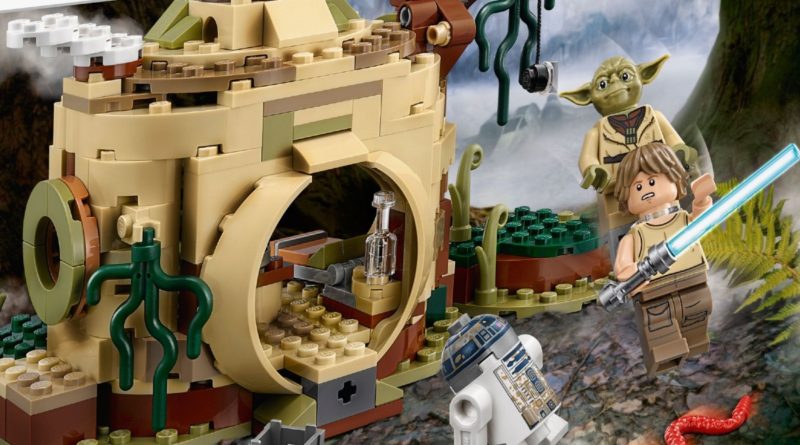 Another LEGO for Adults Star Wars scene recreation could be coming in 2022 with a diorama of Dagobah possibly featuring over 1,000 pieces.

Luke Skywalker’s training on Dagobah has been rebuilt more than a few times in bricks from the original 4502 X-wing Fighter in 2004 to the more recent 75208 Yoda’s Hut in 2018. Though Yoda’s teachings may have been cut short in the film, the Jedi master may be getting another shot at LEGO swamp-centric tuition next year.

A rumoured list of 2022 LEGO Star Wars sets states that an 18+ model for the scene on Dagobah will land on shelves in 2022, following the release of both 75294 Bespin Duel and 75296 Darth Vader Meditation Chamber. Both models are minifigure-scale builds aimed at older audiences to recreate scenes in higher detail than the budgets of regular creations may allow.

The reported list states that 75330 Yoda’s Training will come with over 1,002 pieces spread on a base measuring 50 studs by 20. The orientation of those measurements hasn’t been disclosed. Represented in the model is said to be Yoda’s hut made from sand-coloured bricks as well as the right wing of the X-Wing Starfighter, maybe showing how it has sunk into the swamp.

Elsewhere, storage crates are reported to be placed outside of the hut and the swamp is rumoured to be mostly made up of one-stud tiles coloured a transparent green.

Minifigures of Luke, Yoda and R2-D2 are mentioned as included for a price of €79.99, launching on May 1. The most potentially interesting element of all could be a quote display on a tile reading “Do, or do not – there is no try,” one of Yoda’s most iconic lines from the Star Wars franchise.

You can check out what other LEGO Star Wars sets could be coming in 2022 in our initial report, but note that nothing has been confirmed by the LEGO Group sot great everything you read with a sensible amount of caution until the theme’s next wave is announced.