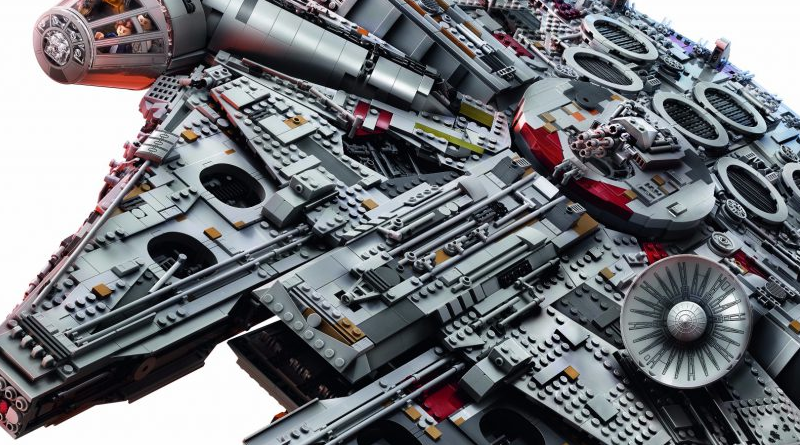 While LEGO Star Wars fans may be familiar with sets being regularly re-released, they may not realise which hunk of junk has been back the greatest number of times… depending how the stats are tallied

This year marks 20 years of LEGO Star Wars, which launched in 1999 – the same year that The Phantom Menace was released in cinemas. Over the last two decades, hundreds of LEGO sets have been released, with fans often noting how frequently the same vehicles are revisited.

The most produced LEGO Star Wars vehicle is the Jedi Starfighter, although that is thanks to the many versions of the spaceship that have appeared. Attack of the Clones, The Clone Wars and Revenge of the Sith all featured different styles and colours of the vehicle, which has led to it being revisited by the LEGO Group again and again. As each version is different though, it probably doesn’t count as the set with the most releases.

When it comes to a specific, named vehicle, the Millennium Falcon has been produced by the LEGO Group the greatest number of times. In total, the vehicle has been released 15 times – although that includes mini versions while discounting ‘make and take’ models, so might not be the way all collectors would choose to count. When it comes to non-mini scale sets – that is, System sets, Ultimate Collector Series sets and the one midi scale set – Han Solo’s hunk of junk has been released a total of 10 times in the last 20 years (and maybe it will be 11 before the year is out).

It is a different starfighter entirely that has been made the greatest number of times, if it does not have to be a specific named ship and only counts one variation… that would be the X-wing Starfighter, which has been released a total of 16 times. Unlike the Millennium Falcon, the X-wing has the advantage that it is not always Luke’s version that is released – both Biggs’ and Wedge’s ships have been included (although both versions could also be built as the iconic Red Five craft).

With 20 years of sets released, there is a whole collection of fascinating facts and figures to discover about 20 years of LEGO Star Wars. Find out more, such as which planet has been most visited by LEGO Star Wars sets, inside Issue 4 of Brick Fanatics Magazine, where we crunch all the important numbers for a definitive collection of infographics, tables and statistics.