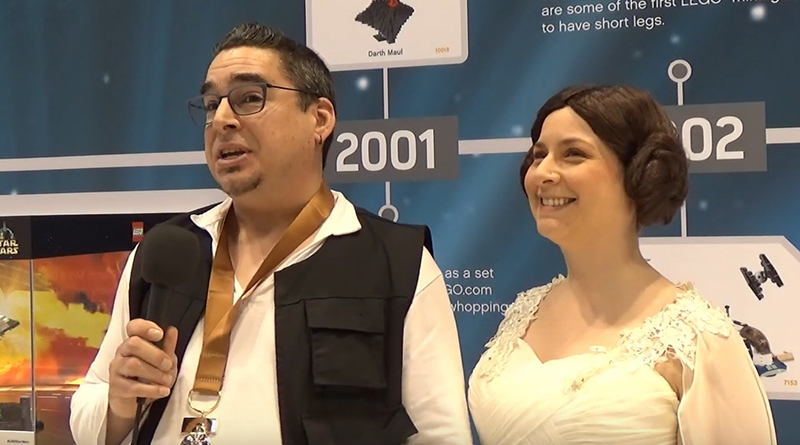 To wrap up this 20th anniversary year for LEGO Star Wars, Brick Fanatics asks fans – and a few familiar faces – for their memories of the last two decades

This year has marked two decades of the LEGO Star Wars theme, the first licensed LEGO range and the only one to have run uninterrupted for 20 years. Brick Fanatics heads to the perfect place to ask Star Wars fans for their LEGO memories from the last 20 years – Star Wars Celebration Chicago. A few familiar faces even turn up to share their own recollections…

During Star Wars Celebration Chicago, Brick Fanatics participated in a panel looking back at the full 20 years of LEGO Star Wars.

Leland Chee, Lucasfilm Senior Creative Executive on the Story Group and Keeper of the Holocron, recalls the bricks going digital: “I remember in 2005 when we first got our hands on the LEGO Star Wars video game. It was so revolutionary and there weren’t very many expectations for that game. Kids’ games were not necessarily games you would play as adults, and this game was a game that an adult can love, a child could love, and more importantly for parents that can play with their children.”