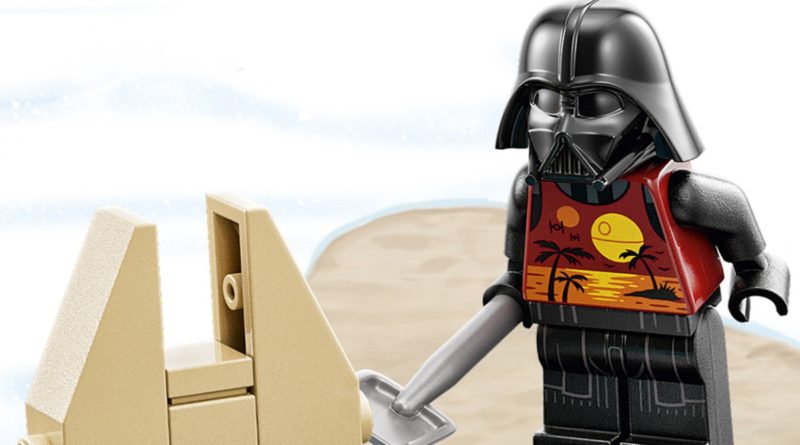 It’s summer 2022 and that means rumours for the LEGO Star Wars advent calendar have surfaced, detailing potential minifigures and models.

Promobricks are reporting that the upcoming LEGO Star Wars 2022 Advent Calendar, which was recently confirmed at Star Wars Celebration, will be available from September 1 for €34.99 and have shared its possible contents.

While this report is currently unconfirmed, you should still treat the below information as spoilers for the contents of the 2022 LEGO Star Wars advent calendar just in case. Rumours should always be taken with caution until officially confirmed by the LEGO Group.

According to the source, the 2022 LEGO Star Wars advent calendar, which is said to have the set number 75340, will include eight minifigures – Darth Vader in a beach outfit, R2-D2 with a C-3PO sweater, C-3PO with an R2-D2 sweater, Santa GONK, a Snowtrooper, Luke Skywalker in Hoth outfit, a Clone Trooper Commander and a battle droid.

That first rumoured minifigure is already confirmed thanks to the main panel at Star Wars Celebration Anaheim. The source also reports that they know of twelve builds that could accompany them, though traditionally advent calendars include 24 days of content, so it may be that four models are missing from the report.

The rumoured models include a T-16 Skyhopper, Republic Gunship the Bad batch shuttle, Darth Vader’s Sandcastle, Luke Skywalker’s Landspeeder, V-35 land speeders, an Acclamator cruiser, a B-wing, a TIE Interceptor, a Droid Tri-Fighter, an AT-ST and a moisture vaporator. A number of these builds have already been confirmed thanks to Star Wars Celebration and images of the 2022 advent calendars in an official LEGO catalogue.

Remember to take these reports with caution until an official announcement is made.