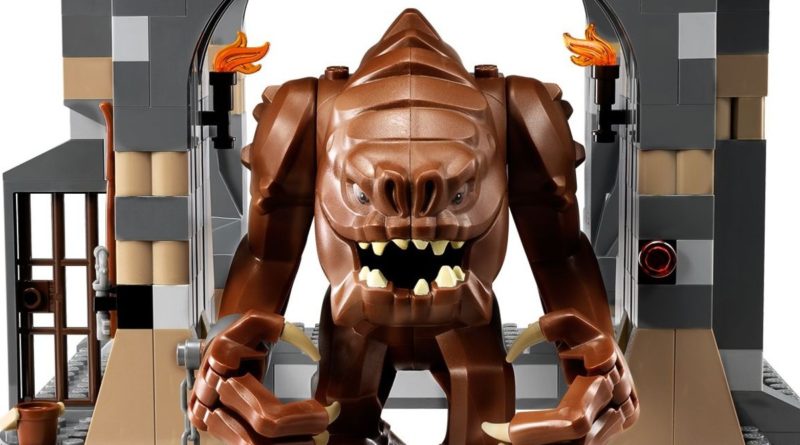 A rumoured LEGO Star Wars: The Book of Boba Fett model may now include a Rancor figure after the debut of the creature in bricks in 2013.

Instagram user greekbricks is adding to the list of LEGO Star Wars rumours for 2022 by stating that the previously reported 75326 Boba Fett’s Palace, said to tie into the new The Book of Boba Fett series coming later this year, will feature the second appearance of a LEGO Rancor, but possibly not in the way that it was done in 75005 Rancor Pit.

The 2013 model, pictured below, was designed to fit underneath the last build for Jabba’s Palace when it was still ruled by the titular Hutt. It came with a large cave with a moulded Rancor figure. The Instagram user states that while the Rancor will be included in 75326 Boba Fett’s Palace, it is probably brick-built rather than using the old elements, which have been retired due to their specific nature and how they haven’t been used in the years since.

As seen in the LEGO Harry Potter range, especially in 76387 Hogwarts Fluffy Encounter, the LEGO Group has experience with recreating fantastical creatures in bricks, meaning that a similar method should be achievable with the Rancor.

Rumours state that the possibly upcoming build for Boba Fett’s Palace will retail for $99.99, meaning that there may not be enough space for the cave, the Rancor and the rest of Jabba’s Palace, judging by the size and price of 9516 Jabba’s Palace from 2012 at $119.99.

As usual, treat these reports with caution until officially announced by the LEGO Group as no sets have currently been confirmed for The Book of Boba Fett, though the series will start streaming this December with weekly merchandise reveals taking place until then.