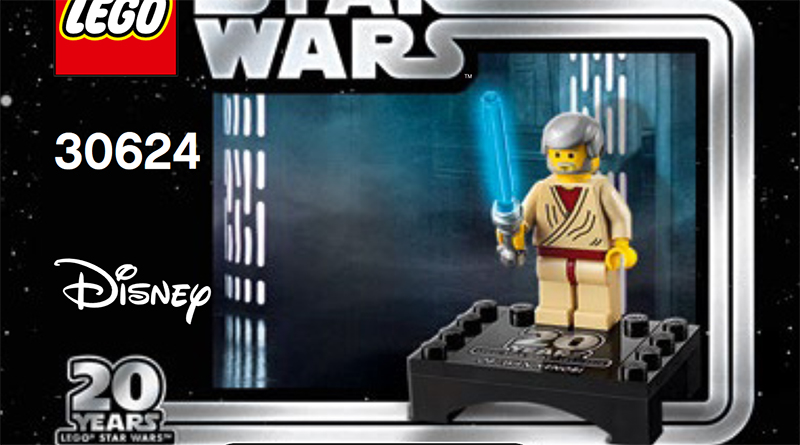 LEGO Star Wars 20th Anniversary Edition 30624 Obi-Wan Kenobi – Collectible Minifigure was a gift with purchase item last December, and now the polybag minifigure is back. Priced at $3.99, the retro replica minifigure is available at LEGO.com for fans in the US and Canada.

It’s not often that appealing promotional items are availablt to buy, so minifigure collectors will want to check if they have this one yet.

LEGO.com will launch 75290 Mos Eisley Cantina as part of the Master Builder Series on September 16. The 3,187 piece set builds the iconic location and includes plenty of scum and villainy to populate it. A promotional freebie is expected to accompany its release.