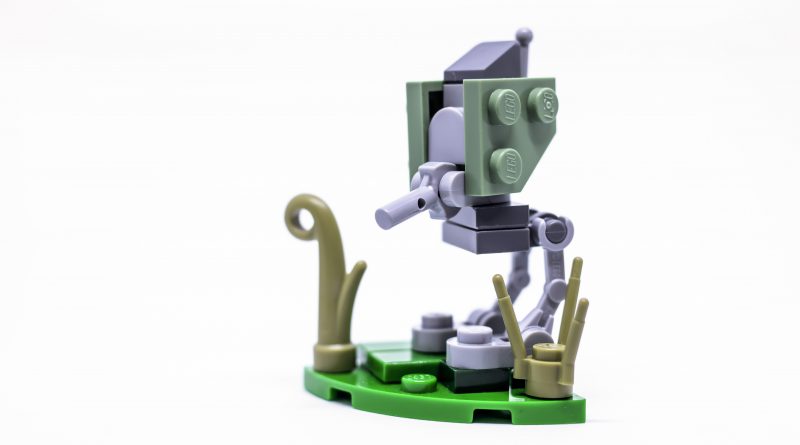 Fans have had to wait six years for an updated Clone Scout Walker, also known as the AT-RT. For those who are not buying the set today – or are waiting for it to be delivered – here is a micro version that can be built with LEGO pieces from the collection.

I love building walkers at this scale, mainly due to how effective the droid arms are at recreating the legs. I’ve used a light bluish grey lever for the rear antenna, but they are rare so substituting in a black lever works fine. 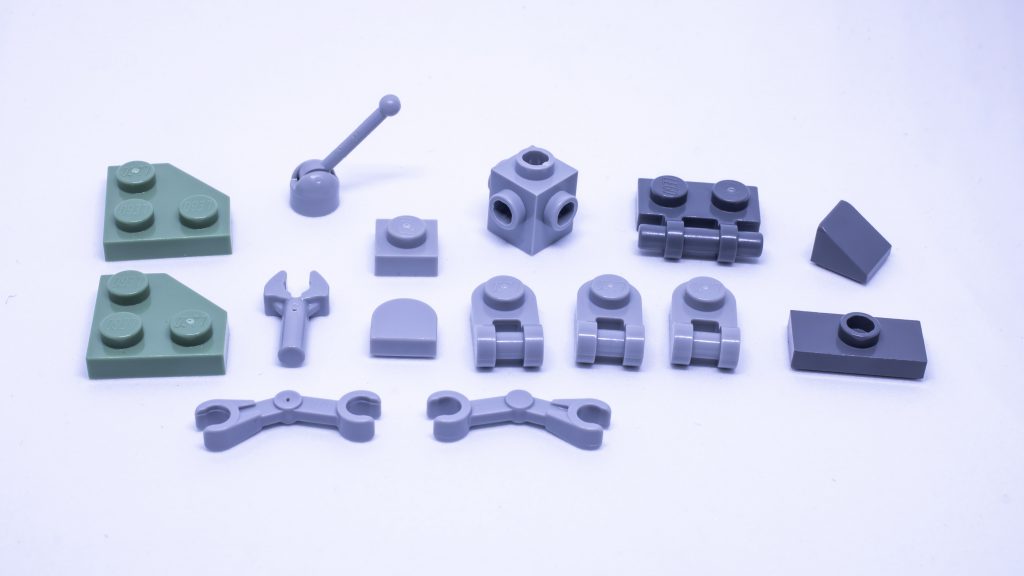 If you are more a fan of the original trilogy over the prequel era, a few simple mods to this build will give you a nice looking AT-ST.

The base is purely optional, but as a simple display piece this little micro representation of Kashykk works really well. Feel free to design your own though, for a planet of your choosing.