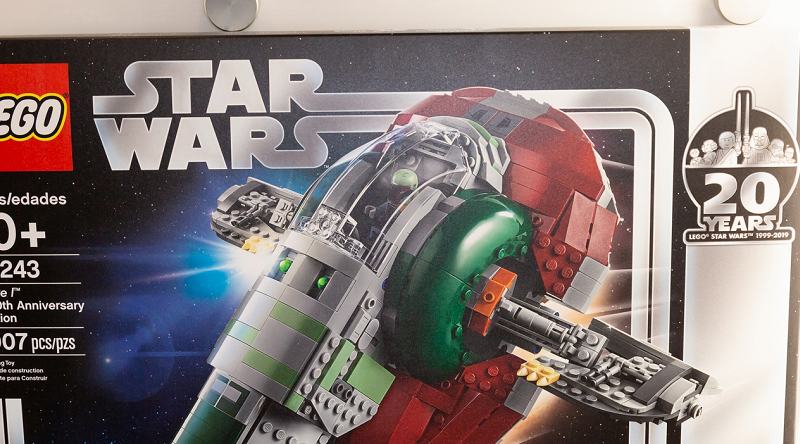 New York Toy Fair has offered a number of new LEGO reveals, including a look at the box art for upcoming LEGO Star Wars sets.

A new wave of LEGO Star Wars sets will arrive in April, which was revealed in full at New York Toy Fair yesterday. The sets include 20th anniversary labelled sets with commemorative minifigures, Star Wars Resistance sets, Action Battle sets and 75236 Duel on Starkiller Base.

Rebelscum has taken nice, clear photos of all of the LEGO Star Wars products on display at the event, providing a good at the box art for the sets. The most interesting to long term fans will be the special 20th anniversary packaging, which is inspired by vintage Star Wars merchandise packaging.

Finally, images of the boxes for the two Star Wars Resistance sets – 75240 Major Vonreg’s TIE Fighter and and 75242 Black Ace TIE Interceptor – as well as 75236 Duel on Starkiller Base.