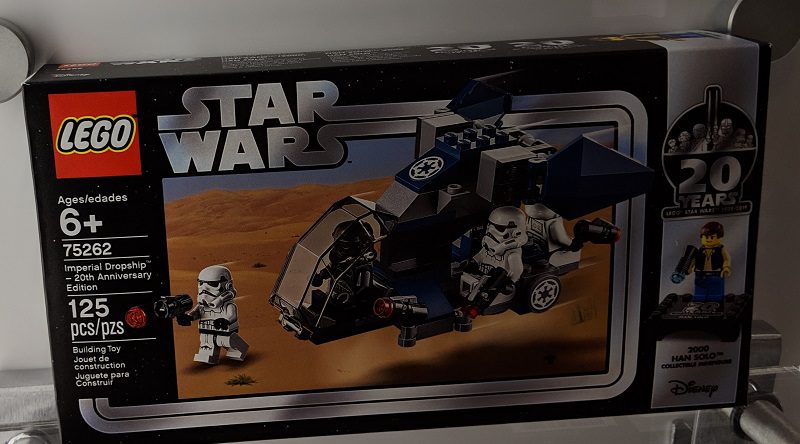 The box art for the LEGO Star Wars 20th anniversary theme has been revealed at New York Toy Fair.

In April, the LEGO Group will launch a special selection of LEGO Star Wars sets to celebrate the theme’s 20th anniversary. Each of the five sets will come with a special commemorative minifigure, a reproduction of the original characters from the early days of the the theme, with a special logo printed on the back.

Now, at New York Toy Fair, the box art for these sets has been unveiled. Zusammengebaut has shared this boxed image of LEGO Star Wars 75262 Imperial Dropship – 20th Anniversary Edition.

A classic look to the box is inspired by the original 1970s product packaging, with the silver stripe and star background. On the right of the box is an image of the exclusive minifigure, with the name and original year of release mentioned. 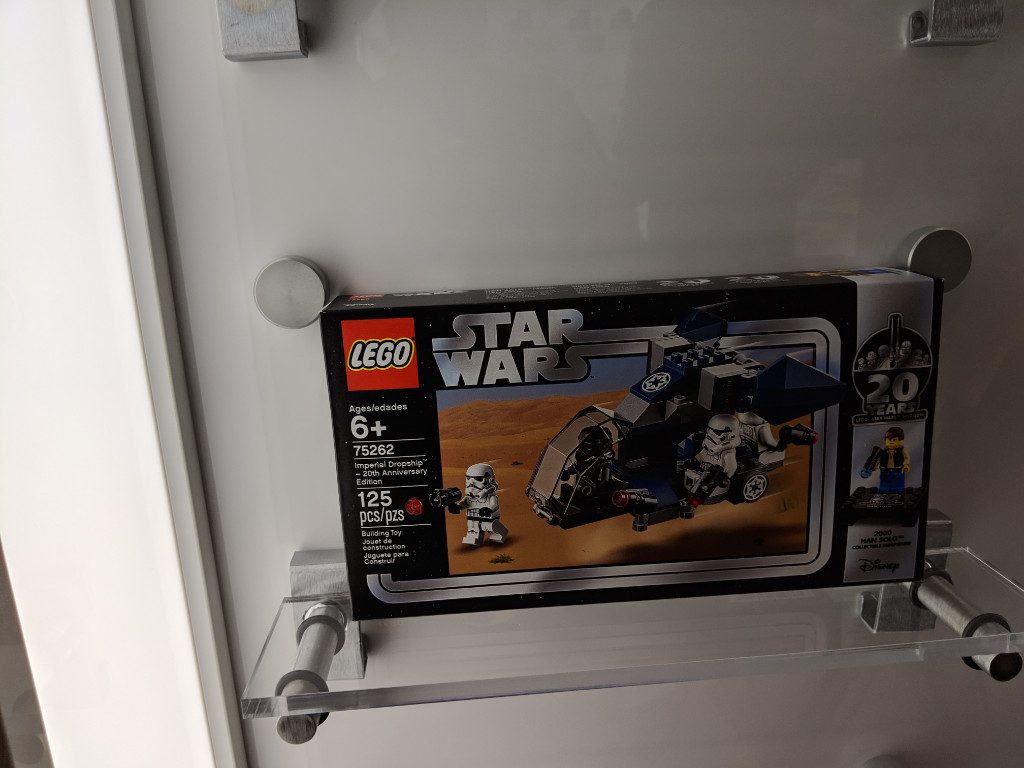 The website has also shared an image of the back of the box from 75243 Slave I – 20th Anniversary Edition. As well as showing the usual set images, it shares a small image of a classic version of the vehicle and the other collectible minifigures in the series. 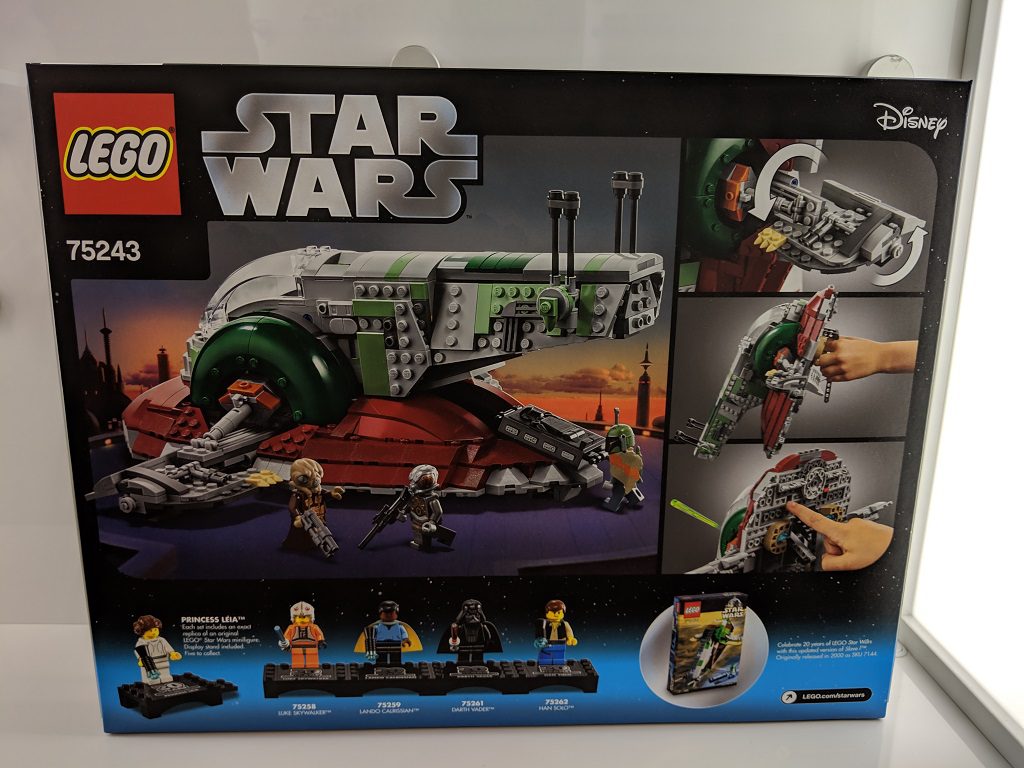