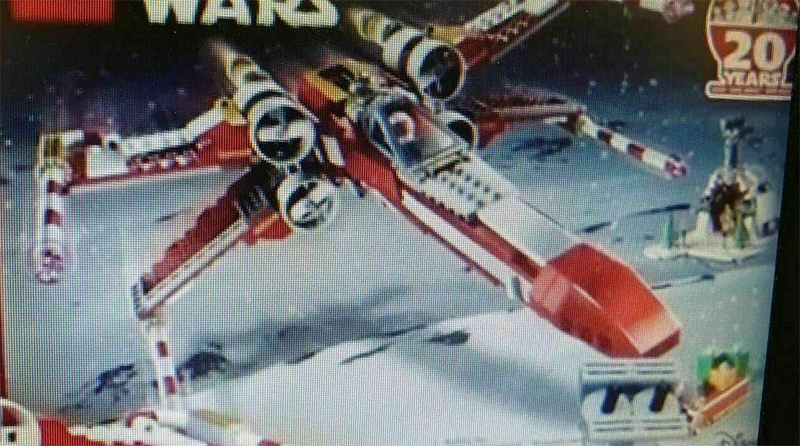 Each year, a very special set is produced for LEGO employees to celebrate Christmas, with this year’s model acknowledging 20 years of LEGO Star Wars with 4002019 X-wing Starfighter.

LEGO Star Wars 4002019 X-wing Starfighter is this year’s Christmas gift for LEGO employees from the company, with the special set commemorating 20 years of the classic theme. It features an X-wing Starfighter in a candy cane colour scheme, with an igloo featuring a workshop serving as a display stand for the fighter.

Rebelscum has discovered the set on eBay where it is being sold for around £250, with the locations looking to match up with where the LEGO Group has production facilities, suggesting that some employees are looking to cash in on the gift.

Santa Yoda is included as is the Yuletide Squadron Pilot, who has a long white beard and a uniform that has something familiar about it.
The text on the box reads: “Twenty years again a galaxy far, far away the LEGO Star Wars story began. We mark this remarkable anniversary with a special festive edition of the original X-wing Fighter. Enjoy!”