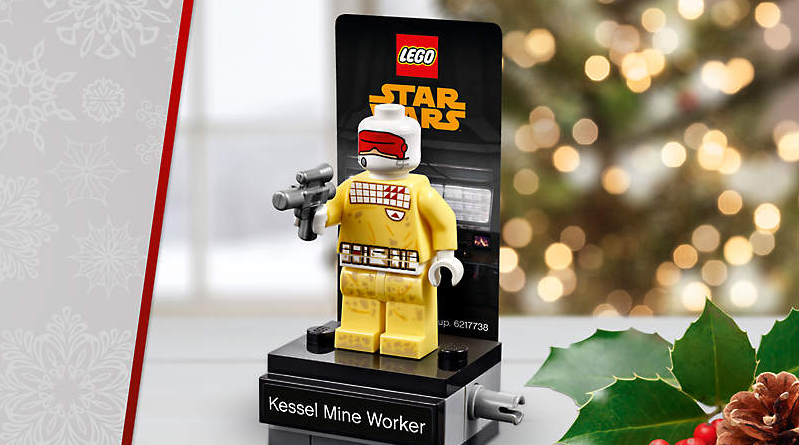 Anyone spending £55 or more on LEGO Star Wars products will get 40299 Kessel Mine Worker added to the order for free. Reviewed way back in July, fans have been patiently waiting to see when the minifigure would be available. Appearing in Solo: A Star Wars Story, the character is the perfect complement to 75212 Kessel Run Millennium Falcon.

What is more, fans can double up on deals – 42093 Christmas Carousel can be stacked with a LEGO Star Wars deal – by spending £85 or more, fans will get the Christmas freebie. As long as £55 of the order is on Star Wars products, both freebies will be included.

All of the promotions are only available for a limited time, that will be cut short if stock runs out sooner.