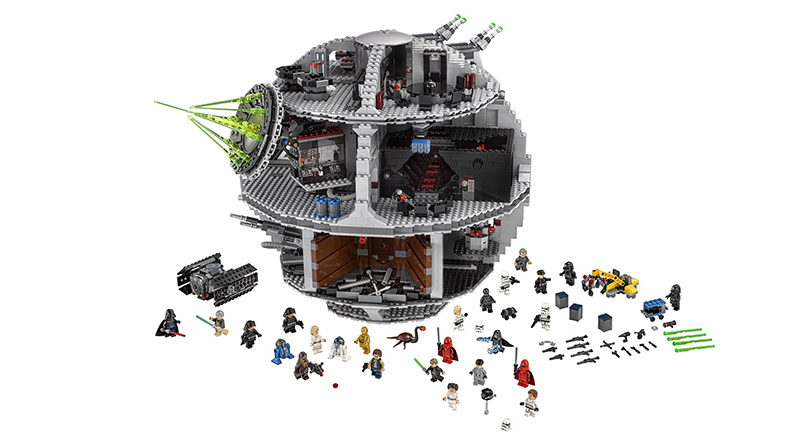 One of the largest LEGO Star Wars sets, 75159 Death Star, is expected to retire this year.

First revealed last year, LEGO Star Wars 75159 Death Star has appeared on a list from Stone Wars of sets that will retire before the year is out. The 4,016 piece set is packed with minifigures and offers a buildable Death Star playset. Those who have not yet added to the set to their collection may wish to consider doing so before it disappears from shelves.

75159 Death Star is an updated version of 10188 Death Star, the original edition of the set. Unlike many sets of this size, it includes minifigures that are at a roughly similar scale with the rooms included. It provides fans the opportunity to display the Empire’s ultimate weapon as well as indulge in some play.

With LEGO Star Wars 75290 Mos Eisley Cantina rumoured to be coming later this year, it makes sense that the LEGO Group will be looking to make space in the assortment for an enormous model.