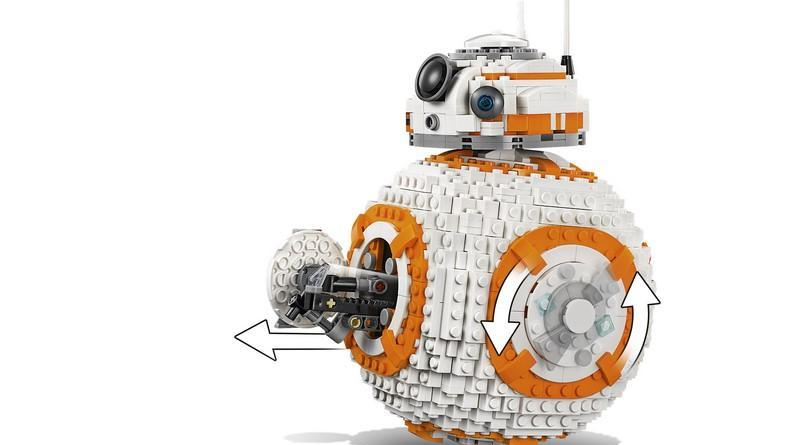 Cyber Monday is well underway at Amazon, with LEGO Star Wars 75187 BB-8 is available for almost half price .

With Cyber Monday in full swing, Amazon has reduced LEGO Star Wars 75187 BB-8 from £84.99 to just £47.99. The beloved droid from the Star Wars sequel trilogy is recreated in LEGO bricks, and all the more affordable with almost 50% off the original price.

Poe Dameron’s plucky droid is a hero of the Resistance, transporting the map to Luke Skywalker to Rey, who helps him to deliver it to General Leia. This LEGO set recreates the droid and provides a display stand, with functions built in allowing BB-8’s head to bob and the flick-out lighter seen in the film to appear.