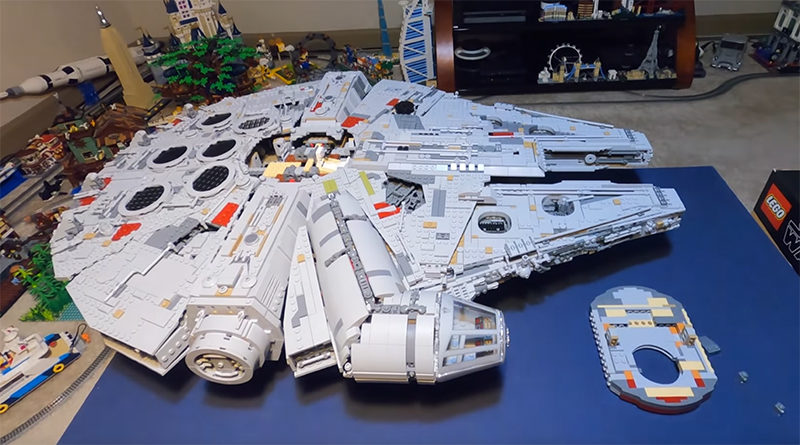 Putting together the 7,541 pieces of LEGO Star Wars Ultimate Collector Series 75192 Millennium Falcon leads to sore fingers – so one fan used the Force instead.

LEGO Star Wars 75192 Millennium Falcon, the Ultimate Collector Series set that arrived in 2017, is the largest ever LEGO set released. Despite it using an incredible 7,541 pieces, YouTuber Lego My Legos created a stop motion video of the set being built –or used the Force to build it, depending on your level of belief in hokey religions.

It must have been a time consuming project, as it’s a long build even without carefully setting up stop motion shots. Given the many LEGO sets in the background though, it seems this fan has plenty of experience snapping bricks together.

The set was released in 2017 and proved incredibly popular, exceeding the LEGO Group’s sales forecasts. It can be adapted to either be displayed as classic trilogy version of the ship or as The Force Awakens version. As the ultimate version of the Millennium Falcon, it has a spot on Brick Fanatics’ Top 20 LEGO Sets List.

75192 is such a tricky set to display that a fan’s display stand instructions have proved popular online.