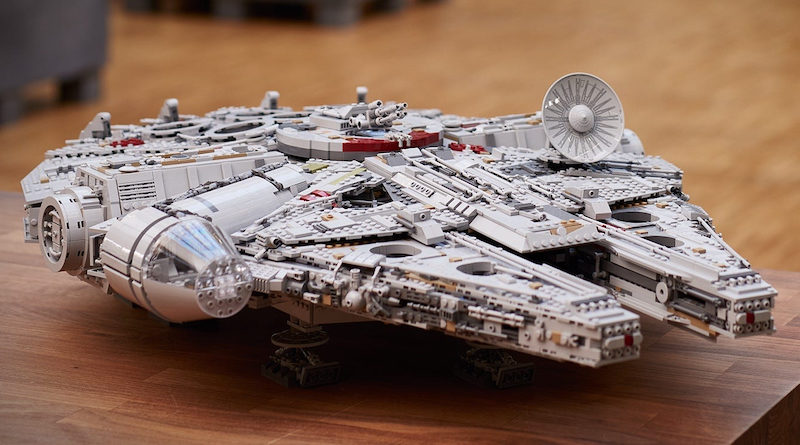 You’ve got a little while longer to pick up the fastest hunk of junk in the galaxy, as LEGO Star Wars 75192 Millennium Falcon’s retirement party has been delayed yet again.

That’s according to Brick Fanatics’ sources, which state the largest LEGO Star Wars set to date will now be around until at least the end of 2022. First released in 2017, the 7,541-piece behemoth was originally thought to be retiring in 2020, but has seemingly been pushed back time and time again.

The original Ultimate Collector Series Millennium Falcon hung around for only two and a half years, so the updated version has already far outstripped the longevity of its predecessor. But where 10179 Millennium Falcon also enjoyed huge discounts towards the end of its shelf life, don’t expect the same of 75192 Millennium Falcon.

Yes, you’ll very likely need to stomach paying full price for the greatest LEGO rendition of Han Solo’s freighter ever released, which is no small ask: it’ll set you back £649.99 in the UK, or $799.99 / €799.99 in the US and Europe respectively. That makes it the most expensive LEGO model ever in those regions, and on a par with 75252 Imperial Star Destroyer in the UK.

Thankfully, you’ve got plenty of time to pull the cash together, with at least another 21 months until 75192 Millennium Falcon takes off for good. As this story proves, though, LEGO set retirement dates are essentially always in flux, so you’re probably best not waiting until the very last moment to take the plunge.

Even if 75192 Millennium Falcon is sticking around for a while yet, there are still dozens of LEGO Star Wars sets due to retire by the end of 2021. Click here to browse that list and figure out which products you’ll need to prioritise in the months ahead.