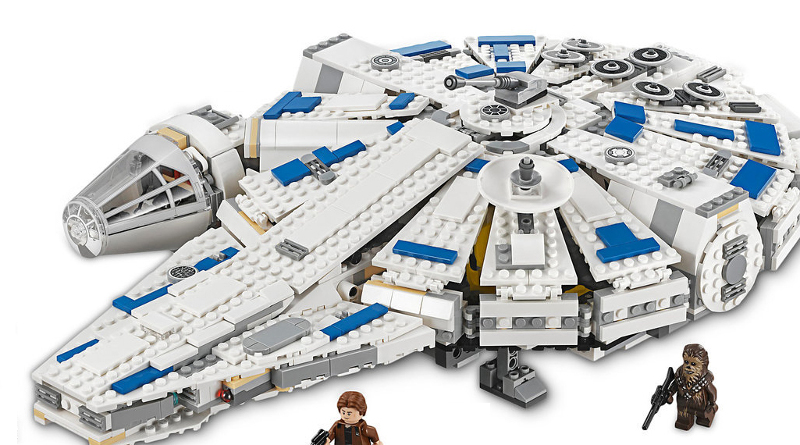 The LEGO Group has banked on the Falcon multiple times over the years to be its centrepiece Star Wars set. Is 75212 Kessel Run Millennium Falcon, the latest incarnation, worth getting for those who already own a version of Han Solo’s iconic ship?

“It’s the ship that made the Kessel Run in less than twelve parsecs.” For all of the criticism that is aimed at his writing, George Lucas came up with many memorable lines that inspired the imaginations of the audience. Now, after 41 years of speculating and dreaming, fans will see the Millenniun Falcon complete the Kessel Run. Solo: A Star Wars Story will not just show how the character started on a trajectory that would lead him to becoming the world weary smuggler who Luke and Ben meet in A New Hope, but also key events in his life – including completing the Kessel Run. 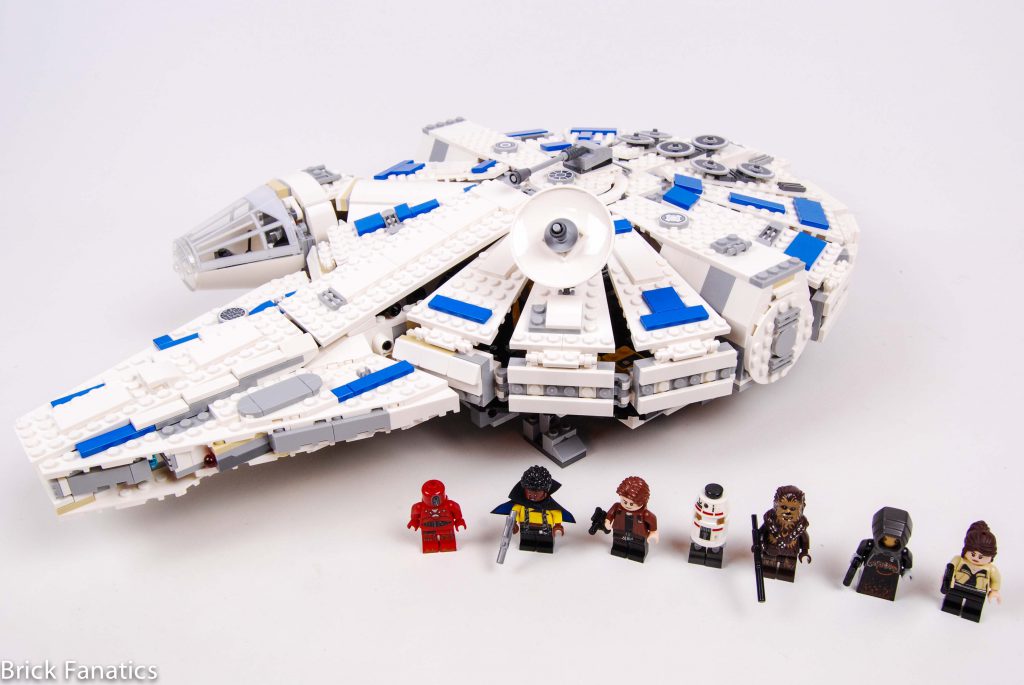 The question that most people have concerning 75212 Kessel Run Millennium Falcon is this; does anything beside the colour and the addition of a module between the front mandibles distinguish this set from its immediate predecessors – 75101, based on The Force Awakens and 7695, based on the classic trilogy?  The answer is no. Both the footprint, methods of construction, minifigure count and layouts remain virtually identical aside from some minor tweaks.

Cot style beds from 75101 Millennium Falcon have been swapped out for a more three dimensional bunk reminiscent of what we see Rose in at the end of The Last Jedi. Slightly more detail is given to cargo areas, which likely ties into the plot of the film. There are more chairs around the holo table, too. Other than that, the filled in nose and colour change (did Han paint it or did it just get that dirty?) are all that separate it from previous versions in any meaningful way. Well, there is one more thing – it has just under 100 more pieces, yet costs £20 more than that the last version.

Access to the interior is facilitated exactly as in every version of the Falcon except the original – triangular panels attached via clips can be swung up and out. The ship is divided into quadrants – as before – around a central engineering station that surrounds the gun well, that can again hold two minifigures.

What really stands out is of course the ‘filled in’ nose section that eradicates the two mandibles in favour of a single triangular protrusion. What is billed as an escape pod slides in nicely between the two front sections, both connecting and elongating them. Messing with the iconic shape of the Falcon was weird when putting the set together – it felt like I was desecrating something. Even looking at the completed model later, it still just looks wrong to me. I will be very curious to see what purpose this section of the ship serves in the film and whether an explanation is given as to what happened to it.

75212 Kessel Run Millennium Falcon is a great set, but it faces a challenge that more and more Star Wars vehicles will have to confront in the years to come. The Millennium Falcon is revered by many in my generation, children of the 70s and 80s, as something almost holy. I grew up pretending to fly it and can vividly remember my elation back in 2000, when it was announced that Han Solo’s iconic vessel would be immortalised in the brick. Some 18 years after its first incarnation flew onto shelves, this is the fifth non-UCS minifigure scale version and the thirteenth set based on the source material to be released. My first thought upon completing this model was that I have seen this before, there is nothing new here – I felt almost guilty about it, like I was betraying a loved one by being so disinterested.

That feeling arises because LEGO Star Wars and indeed the Falcon itself have now become like LEGO City fire stations or police stations – a new version comes out every couple of years, never offering any great advances in design. Those talented people in Billund must have been relieved by the announcement of a Han Solo stand alone film, as this is likely the closest the Millennium Falcon will get to changing things up a bit. While not deviating far from what has come before, 75212 is the nearest thing to a fresh take on a set that has seen only small incremental changes since the LEGO Group figured out how to construct the circular shape back with 2004’s 4504 Millennium Falcon. Unfortunately, it is still not fresh enough to entice Star Wars loving AFOLs who, if they have been in the game for any period of time, will already own a very similar version of this ship.

With that being said, the main draw for folks like me may not be the ship, but the figures. Six are included and while some characters, like Han Solo, have appeared in more sets than one can count, almost every version and/or character in this set is new. They are as highly detailed as fans have come to expect. As a fan of Game of Thrones, I am excited to get a Qi’ra figure, but the character that elicits the most excitement is Quay Tolsite. This gold skinned alien is constructed using a brand new skirt piece that is not just a printed slope component, instead proper leg inserts allow for a much more secure connection and realistic curve to the dress than the previous sloped brick method offered.

The minifigures highlight the biggest challenge 75212 Kessel Run Millennium Falcon faces – capturing the interest of the next generation. Star Wars is a much bigger universe than when I was growing up on a limited diet of X-wings, Death Stars and the Skywalker family. Shows like Rebels and The Clone Wars, along with more movies, have made the playground that much bigger. The iconic Falcon is no longer without challengers, especially for kids. My daughters know far more about the Ghost than the fastest hunk of junk in the galaxy. The included characters are not old friends but new acquaintances. The LEGO Group seems to be acknowledging this uphill battle with the banner that hangs over this set’s display model at my local LEGO Store – it reads “inspire a new generation” it read. One can almost picture that as being the pleading cry of executives. If the movie can pull that off, 75212 will do a fine job of giving the next generation a great toy to build and play with.

Equally, if the movie passes by and fails to inspire the magic in the next generation’s imagination that it did in mine, I cannot see this set being enough on its own to entice people – being willing to fork over enough money for this will require at least some love of the source material and most of the people who currently have that also already own a LEGO Millennium Falcon.