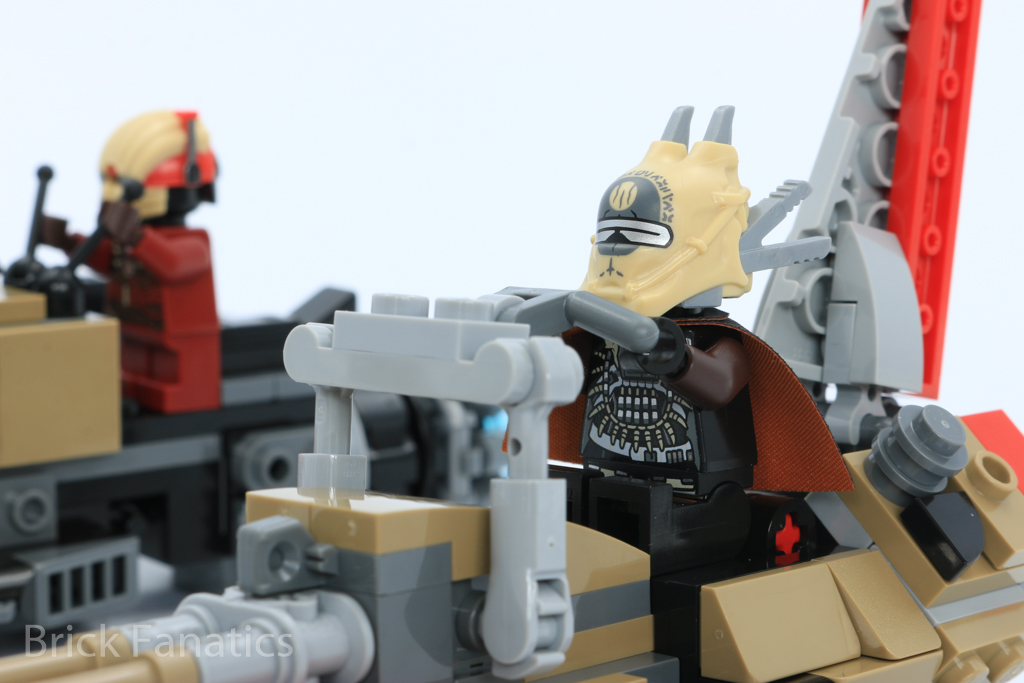 Some of the new characters and vehicles introduced in Solo: A Star Wars Story take centre stage in 75215 Cloud-Rider Swoop Bikes

Enfys Nests’s infamous Cloud Riders were  a thorn in the side of Tobias Beckett throughout Solo: A Star Wars Story, causing the swindler to become indebted to gang leader Dryden Vos. A stand-off on Savareen revealed Enfys’s plight against subjugation, which eventually changed the heart of young scoundrel Han Solo. In the grey dominated world of LEGO Star Wars, 75215 Cloud-Rider Swoop Bikes is a refreshing injection of colour and variety into the line. 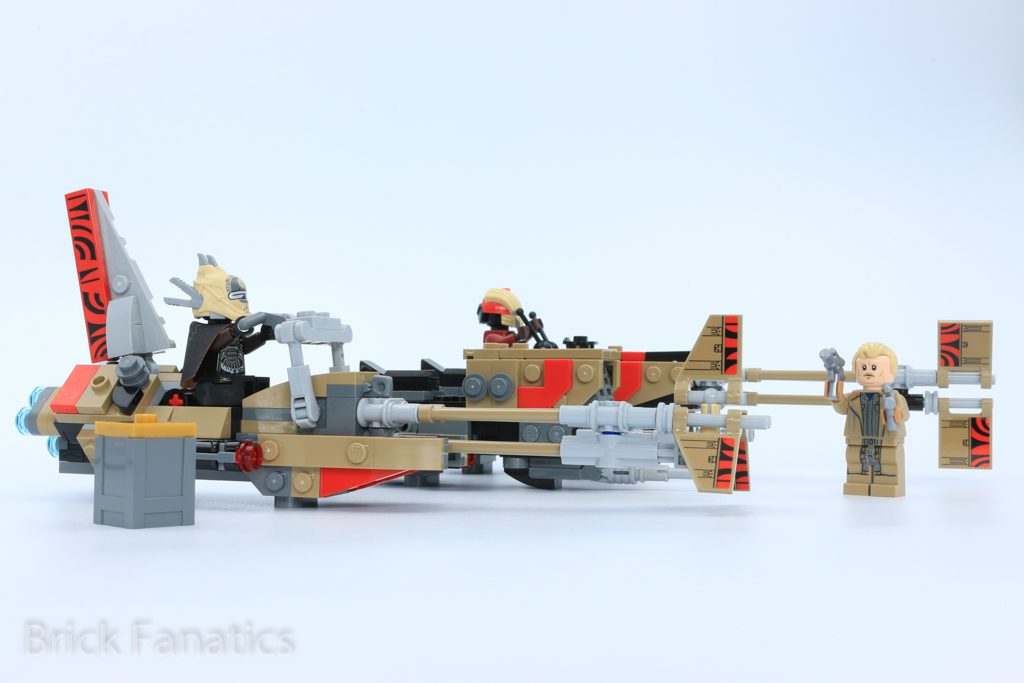 The set actually comes with two instruction booklets, one for each bike, so two people can build at the same time (or compete to see who can build the fastest). This is a great idea that was introduced in the double-pack Microfighters range earlier this year.

Beginning with Weazel’s slightly larger bike (due to the deadliest ever side-car) there are some interesting techniques on display due to all the unusual shapes and angles. Building outwards from an interior frame, plates and tiles are added on with a nice amount of greebling, and even the stud-shooters are unusually well hidden. The engines are particularly impressive-looking with hinges clipped around a trans-blue 1×1 round plate. The stabiliser-vanes are the most difficult part, requiring an astronomical six stickers, and they have a propensity to bend when trying to attach them to the bike.

Enfys’s swoop-bike follows a similar building procedure although it has a distinguishing rear-stabiliser and unfortunately more stickers. The bikes’ controls only use seven clips, hinges and bars, but can flex back-and-forth to be posed with a minifigure. However like most speeders or bikes from Star Wars, the LEGO versions are always slightly blockier and less streamlined. It’s a necessary compromise to make the models sturdier to endure play, and the swoop-bikes – as their name suggests – are very ‘swoosh-able’.

A huge attraction of 75215 is that all three minifigures are exclusive, yet at a reasonably low price-point. Enfys Nest herself is the stand-out minifigure with an incredibly detailed mask which even includes its inscription (in the movie it reads; “Until we reach the last edge, the last opening, the last star, and can go no higher”) and comes with her electro-ripper staff. Perplexingly, underneath Enfys has no face even though she reveals her appearance in the final act of Solo. That feels like a missed opportunity. Weazel has a ton of equipment printed on his torso and another amazing helmet. Tobias Beckett fans can rejoice as he finally has a hair-piece, along with a trench coat rather than an Imperial disguise. An easily remedied fault of Beckett’s minifigure is that he has two matching pearl-grey blaster pistols, even though in the film he uses a mismatched pair. 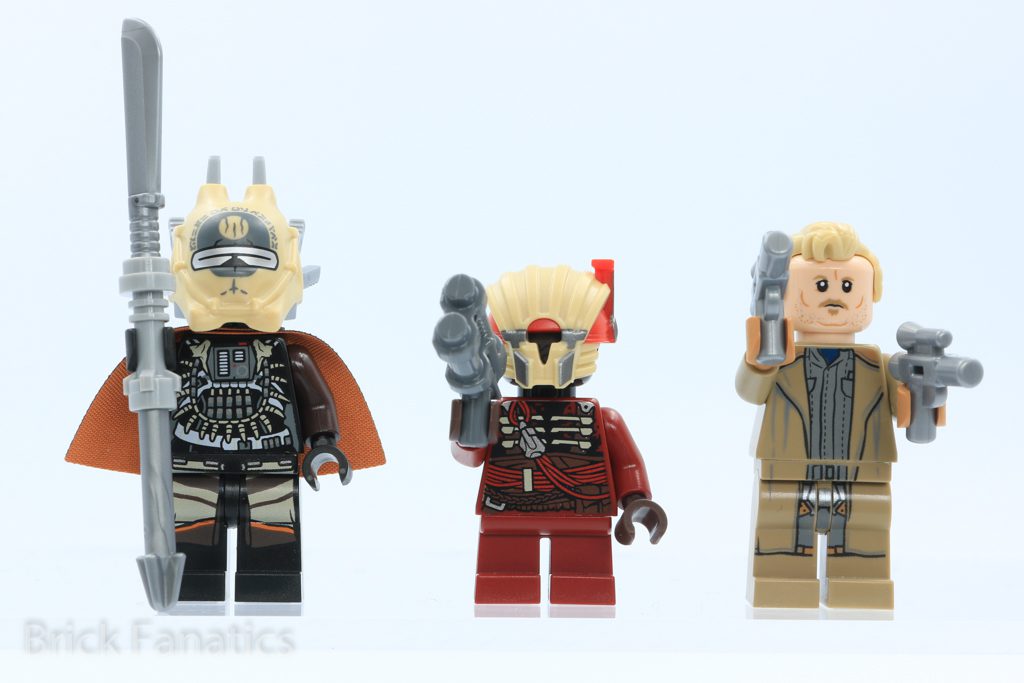 Solo: A Star Wars Story may not have blasted into hyperspace at the box-office but it has provided a lot of fresh material for LEGO designers. 75215 Cloud-Rider Swoop Bikes is a very successful little set that packs a coaxium-boosted punch and should be on the radar of any LEGO Star Wars fan.

75215 Cloud-Rider Swoop Bikes is available now at shop.LEGO.com. You can help support Brick Fanatics’ work by using our affiliate links.