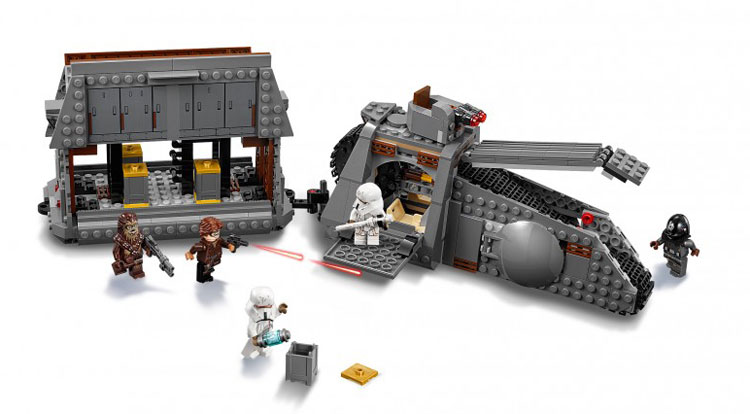 A new LEGO Star Wars set based on Solo: A Star Wars Story has been revealed in official images, with 75217 Imperial Conveyex Transport representing the film’s daring heist sequence.

With the next wave of [geot exclude_country=”United States”]LEGO Star Wars[/geot][geot country=”United States”]LEGO Star Wars[/geot] sets launching on August 1, some of the products will be based on the recently released Solo: A Star Wars Story. 75217 Imperial Conveyex Transport is based on the vehicle that is transporting coaxium on the planet Vandor-1. This LEGO set is able to be combined with another new set that is to be released, 75219 Imperial AT-Hauler.

PromoBricks reports that the set will be priced at €89.99 and comprises of 622 elements. The minifigures included will be Han Solo, Chewbacca, two Range Troopers and an Imperial Gunner.

To really recreate the train from the movie, fans will need to buy a fair few copies of this set – so will probably be best to settle for a shrunken down version of the on-screen vehicle.