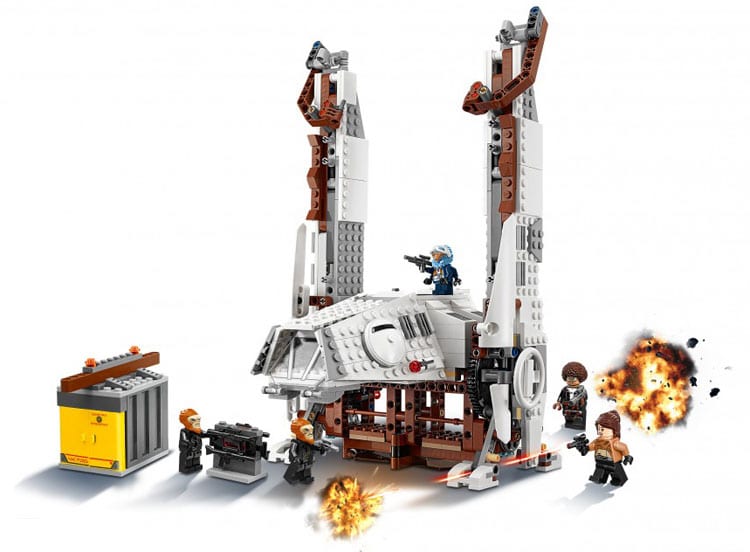 With more LEGO summer releases on the way, official images of 75219 Imperial AT-Hauler have been shared online.

More [geot exclude_country=”United States”]LEGO Star Wars[/geot][geot country=”United States”]LEGO Star Wars[/geot] sets will arrive on August 1, including some based on Solo: A Star Wars Story. 75219 Imperial AT-Hauler is the vehicle that Beckett’s crew steals on Mimban and takes with them to Vandor-1 in order to steal coaxium from the Empire. The set actually combines with 75217 Imperial Conveyex Transport and is of course complemented by 75215 Cloud-Rider Swoop Bikes, allowing fans to recreate the dramatic heist sequence.

PromoBricks has published official LEGO images of the new set that will be priced at €99.99 for 829 parts. The minifigures packed in the box will be Qi’Ra, Val, Rio Durant and two of Dryden Vos’ enforcers.

Despite the lack of toys from other manufacturers, it seems that the LEGO Group is covering many of the key vehicles from the latest Star Wars film.