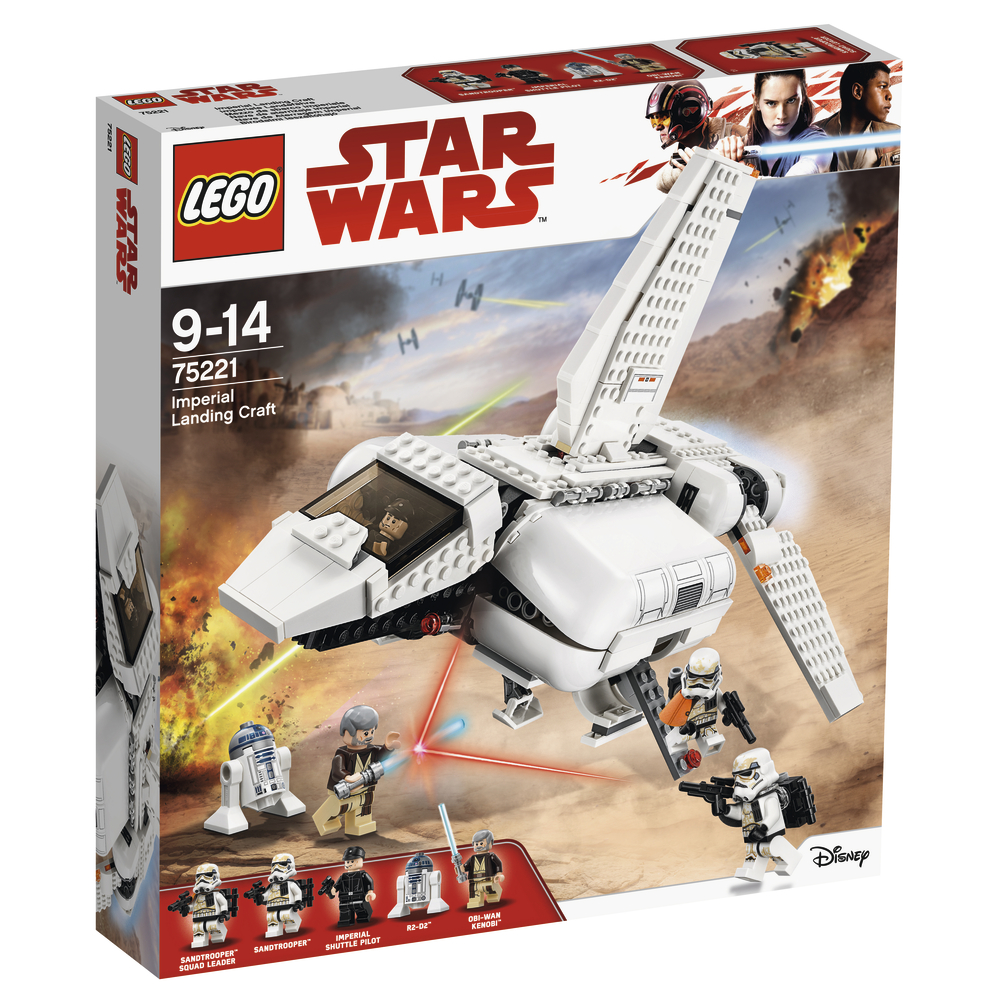 There are a batch of new [geot exclude_country=”United States”]LEGO Star Wars[/geot][geot country=”United States”]LEGO Star Wars[/geot] sets coming on August 1, one of which is the background vehicle from Star Wars: A New Hope, 75221 Imperial Landing Craft. It is the first time the ship has been available for 11 years, and will include five minifigures. Rebelscum has shared these official images and a description from Star Wars Collector:

Fly with the LEGO Star Wars Imperial Landing Craft (75221) to carry reinforcements. Always keep the shooters ready if you encounter resistance. As you arrive at your destination, swing your wings up for a perfect landing. Open the sidewalls, open the ramp and let the reinforcements out. Then sit back in the cockpit, close the hatch and fly back to your base!

The dramatic image of Obi-Wan Kenobi fighting off the Imperial ship is certainly some fanciful fun, even if it is difficult to imagine how this might fit in to the storyline of the original Star Wars movie.