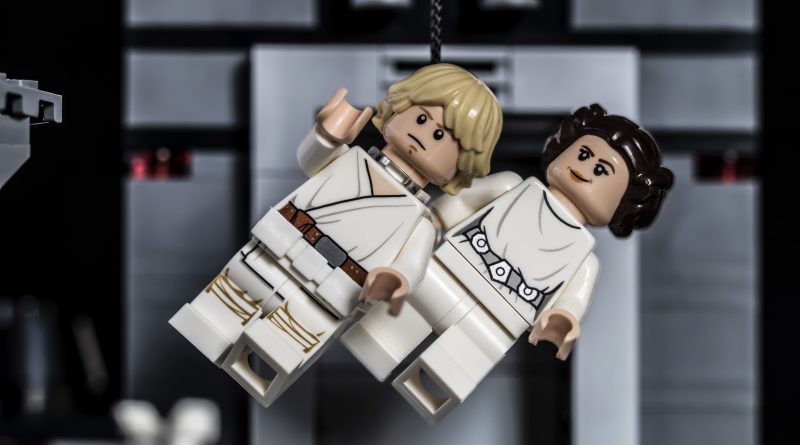 LEGO Star Wars 75229 Death Star Escape offers fans a chance to recreate one of the most iconic moments from Star Wars: A New Hope, Luke’s heroic swing across a seemingly bottomless Death Star chasm. The set contains two hinged sections, one with a retracting platform and closing door, and another with a hidden mouse droid and access ladder. 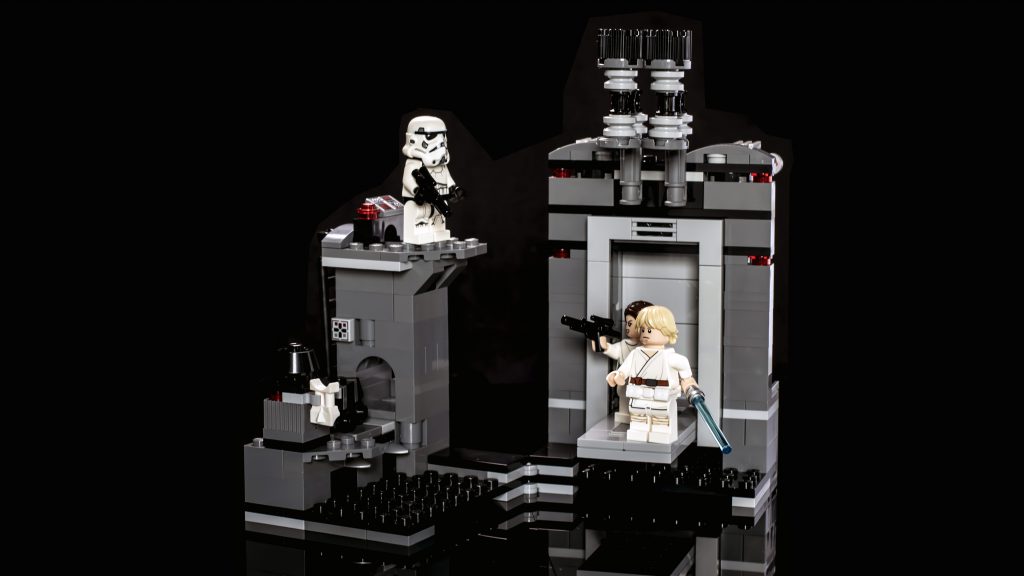 The box art for this wave of LEGO Star Wars sets is excellent. Fans of Darth Vader will absolutely love seeing the Dark Lord of the Sith emblazoned across the front in a spectacular minifigure pose, lightsaber at the ready. There are three bags in total, each with its own minifigure contained within. The first bag contains a very standard collection of bricks but there are a few notable pieces – namely minifigure binoculars in white and the new 1×1 bracket, which will will surely get fan builders excited.

Builders are first tasked with assembling a beloved mouse droid, which is a great addition to a Death Star set as these little rodent like worker droids are synonymous with the planet killing battle station. The rest of the bag focuses on building the smaller tower, which contains a little home for the aforementioned mouse droid – a very cute design choice. There is a ladder at the back, which helps the Stormtrooper climb to his lookout point. A control panel is located at the top.

The tower is a very simplistic build that won’t give a challenge to anyone, but it does contain a rather nifty play feature. Upon turning a Technic cog, a Stormtrooper is sent flying down the shaft. It is a great nod to the unforgettable scene from A New Hope – all that is missing is the Wilhelm scream. It is very accurate, as the Stormtrooper falls down in the intended direction every time.

Bag two contains the largest selection of pieces and makes up the majority of the build, constructing a large doorway and platform. This is another basic collection of parts except for the 1×1 modified brick with studs on adjacent sides and the new inverted 1×1 bracket in light bluish grey.

The colour scheme used throughout 75229 Death Star Escape recreates the interior of the Death Star well. There are some nice angles and curves throughout, which help break up the otherwise solid structures. The extending platform is a really simple build made up of one 4×12 plate with tiles and grill pieces used for detail and just two 1×2 plates on either end. Despite its simplicity, it actually works perfectly.

Placing the two sections of this set together brings the whole thing to life, and for the first time it starts to resemble its movie inspiration. The promotional pictures have not done this set justice, it looks much better in the brick.

The set being hinged gives two play possibilities. Closing the hinge allows Luke and Leia to swing right across the chasm from one side to the other. Opening the hinge gives the set a bigger footprint, with the Stormtrooper shooting at the heroes from the side. The swinging action also works best when the set is wide open.

The final bag focuses on adding the final detail to the set as well as the last two play features. A closing door with a mechanism works that very smoothly and is easy to lift up and down and the swinging grappling hook. The problem of how to make a minifigure Leia hold on to a minifigure Luke is ingeniously solved by the designers using a 1×1 trans-clear plate with bar and pin holder attached to a trans clear neck bracket on Luke (the grappling hook attaches to the other side).

There are three minifigures in this box, with two new variants – Luke and the Stormtrooper. Leia has only featured in one other set, 2016’s 75159 Death Star.

Luke is in his usual white tunic with tan bands around his knees, but it is his utility belt that is worth taking note of most. First used in The LEGO Batman Movie theme in yellow, it is now provided in white and once placed around Luke’s waist it is a wonder that it has not been used before. He has a double sided head with a smile on one side and an angry grimace on the other.

The other new minifigure featured in 75229 Death Star Escape is the Stormtrooper, complete with a brand new helmet mould – the design of which is sure to give LEGO Star Wars fans even more to argue about. Does it look movie accurate? Yes. Is it too big? Probably. Does it allow for head movement left and right? No. Most importantly, from the side does it look a little bit like a sad dog? Yes, and what that has been seen, it cannot be unseen. Aside from the helmet, the printing on the legs and torso is of an incredibly high standard.

Finally, like most variants of Leia, the Princess of Alderaan is a beauty. The printing on the torso is perfect. The folds on the robe genuinely look like actual material. The hair piece is beautiful and her two expressions – smiling and angry – capture both the look of the character and the late, great Carrie Fisher.

This is a perfect example of how a collection of fairly simple bricks can be turned into a great looking, recognisable scene. All of the key moments from the movie are reflected well in the play features, which are simple designs that work perfectly. Fans will definitely want to add the minifigures to their collection, too.

Rather like 75203 Hoth Medical Chamber (reviewed here), the question is will younger fans get much play value from 75229 Death Star Escape ? Once the door has been dropped, the platform pulled in and the heroes have completed their daring swing, there really isn’t much to do apart from repeat the process. This feels more like a set for collectors to display rather than younger fans to play with.

Saying that, this year marks 20 years of LEGO Star Wars, and if the care and attention to detail present in this set is anything to go by, then fans are in for a vintage year.

75229 Death Star Escape is available now at shop.LEGO.com. You can help support Brick Fanatics’ work by using our affiliate links. 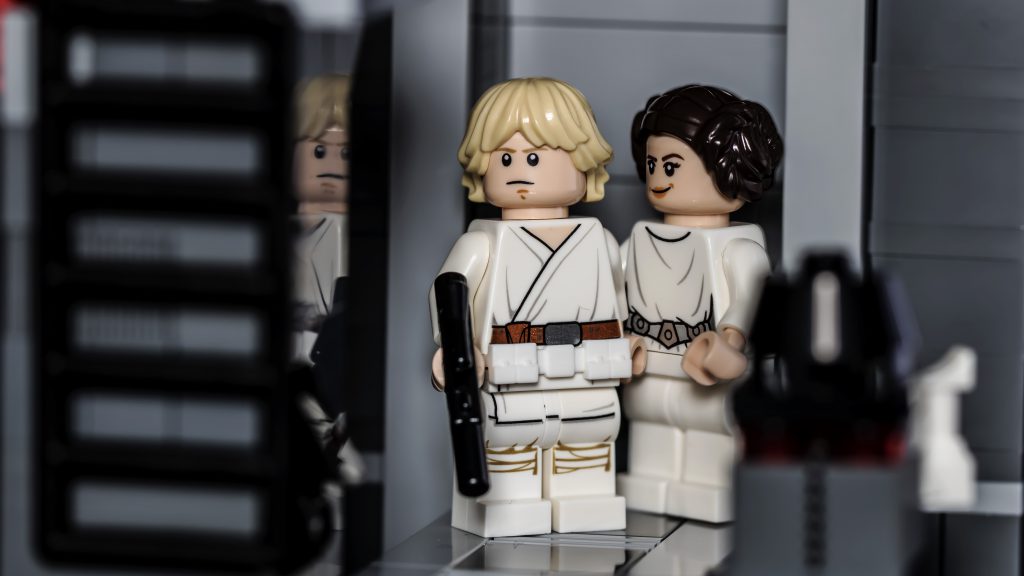