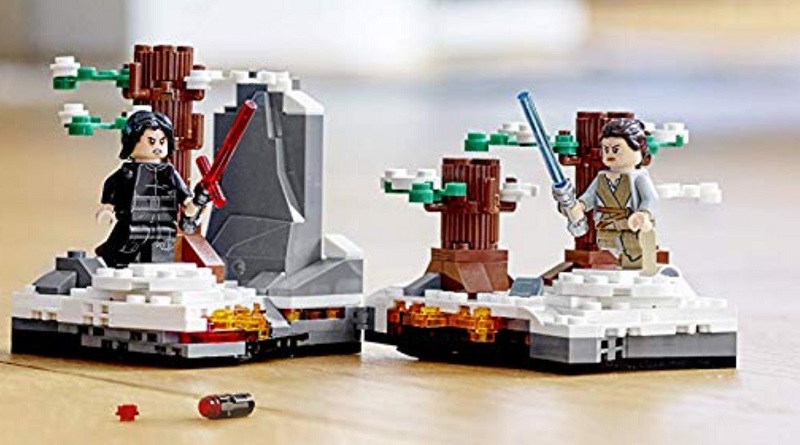 Another new LEGO Star Wars set has been revealed, with 75236 Duel on Starkiller Base recreating the climactic scene from The Force Awakens.

While the 20th anniversary LEGO Star Wars sets that will be released on April 1 have already been revealed, a few additional sets are expected too. Rebelscum has published two images of another new set, 75236 Duel on Starkiller Base, that was published by Amazon.it earlier today.

This new set contains 191 pieces, will be priced at $19.99 and is expected to launch on April 1. It includes two sections of the snow forest where Rey and Kylo Ren duel on Starkiller Base. The two piece connect, and can be split to represent the chasm that opens up between the two enemies.

The following sets are also expected to be revealed in the next few days during New York Toy Fair, which begins on February 16: