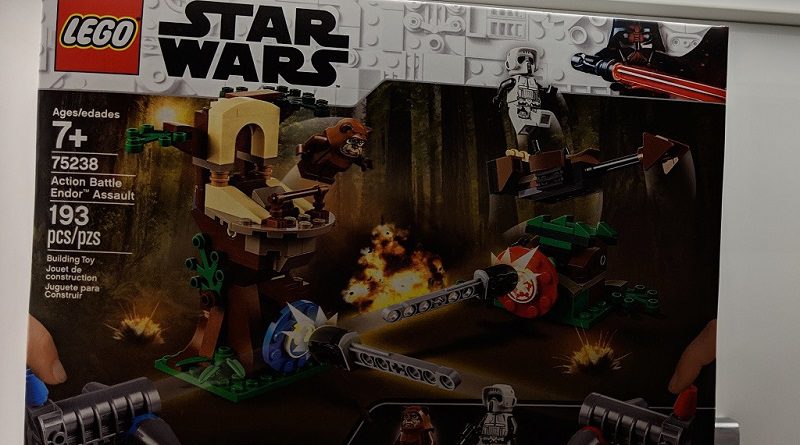 A new format is being introduced to the LEGO Star Wars theme, and 75238 Action Battle Endor Assault provides a first look at it.

With New York Toy Fair underway, the LEGO Group is revealing a selection of new products that will be released later this year. From the LEGO Star Wars theme, 75240 Major Vonreg’s TIE Fighter and 75242 Black Ace TIE Interceptor have already been revealed.

75238 Action Battle Endor Assault will be the first of the new Action Battle sets, that have fans firing missiles at targets leading to actions, bringing a game element to LEGO Star Wars. Zusammengebaut has provided an image of the new set, revealed during the LEGO showcase at New York Toy Fair. 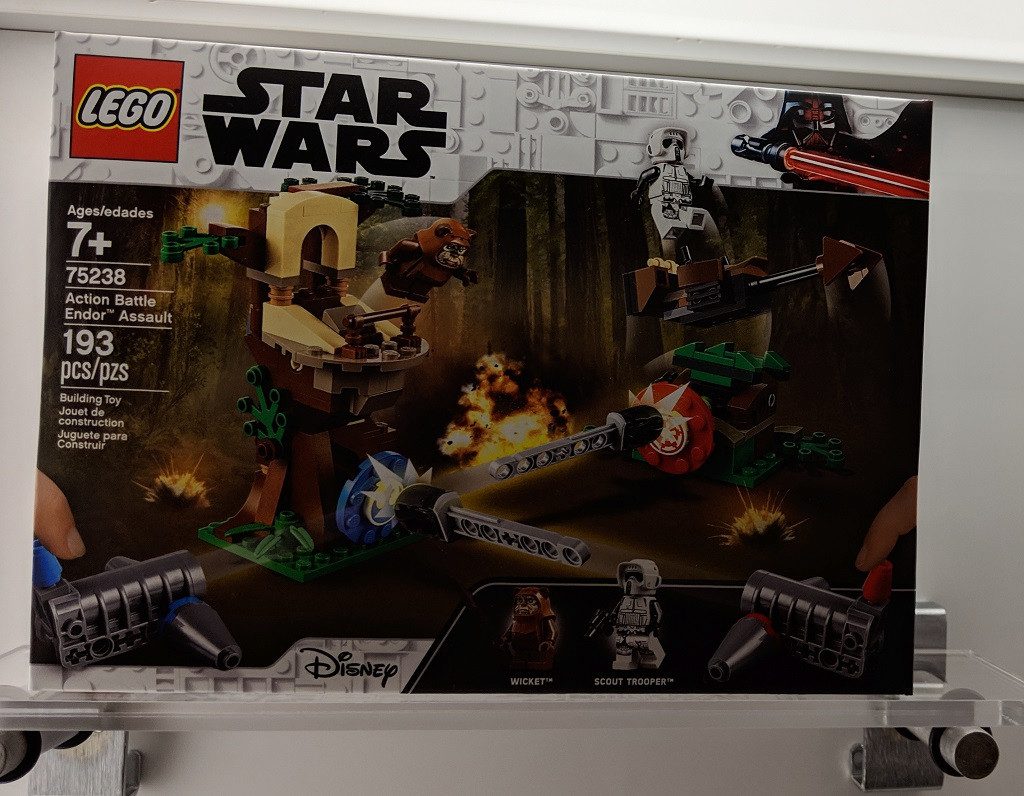 The 193 piece set includes Wicket and a Scout Trooper, with new helmet.

Two more LEGO Star Wars sets in this subtheme are also coming, with 75239 Action Battle Hoth Generator and 75241 Action Battle Echo Base yet to be revealed.

LEGO Star Wars 75236 Duel on Starkiller Base and the 20th anniversary sets have already been revealed, with all of this new releases expected on April 1.