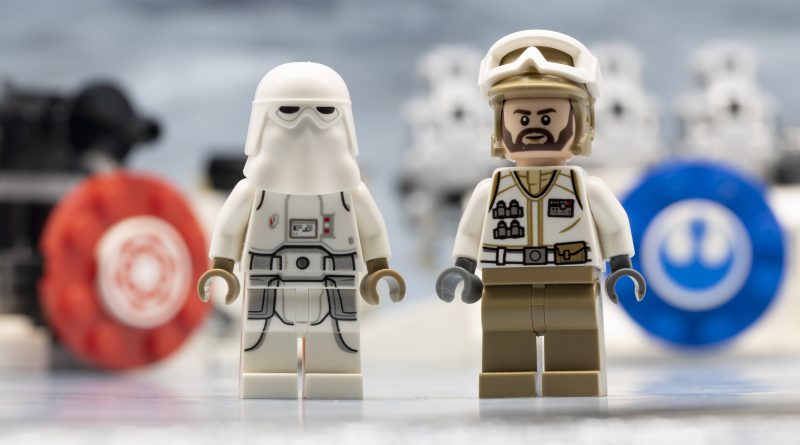 Help the Imperial army destroy the Hoth Shield Generator or take on the whole Empire by yourself and repel the invasion with LEGO Star Wars 75239 Action Battle Hoth Generator attack, another entry in the new game based subtheme

One of the most exciting, action packed battles in the entire Star Wars saga, the Battle of Hoth has captured the imaginations of fans ever since The Empire Strikes Back arrived on screen. 75239 Action Battle Hoth Generator Attack allows fans to stage their own battle set on the famous snowy planet. The set contains an imperial E-Web canon, Hoth shield generator, DF9 laser canon, two shooters/targets and two minifigures. 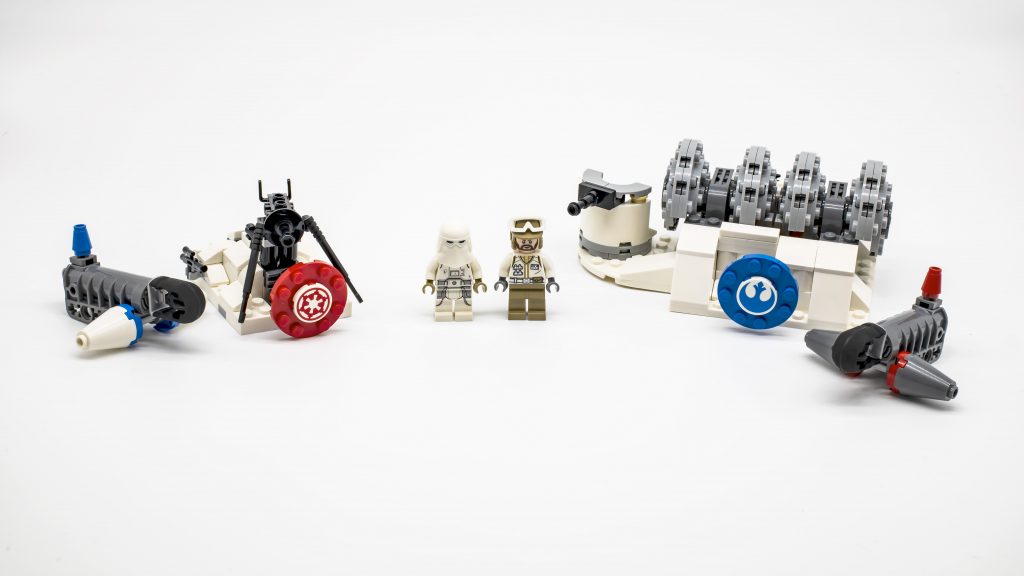 Action Battle sets are designed first and foremost as toys to be played with rather than models to be built and displayed. That being said, firing the Technic canons at the targets is immense fun and the buildable elements within this set, despite being scaled down, do feel accurate to the source material they are based on.

The Empire’s E-Web canon is a great little build. A round dish and black lightsaber hilt are used for the canon’s barrel and two harpoons are used for the tripods legs. It’s a fantastic design choice as it looks absolutely superb from either the front or side views. The canon sits atop a small base and the use of 1×2 and 2×2 curved slopes and 1×1 slopes really helps create the look of the snow covered landscape. Hitting the target sends the snowtrooper manning the cannon flying.

The Rebels get their own scaled down laser turret to fight back with and it looks instantly recognisable. The Hoth shield generator is also scaled down but the designers have managed to go one better than the larger 75098 Assault on Hoth did as here there are four discs, like in the movie, and not three (will the LEGO Group ever live that one down?).

Considering its size, the look of the shield generator is spot on. Underneath there are a collection of trans-yellow and trans-orange pieces, giving the impression of an explosion when the target is hit. It is an inspired design choice. The use of the 6×3 half circles also look excellent.

They do need a little bit of adjusting to make sure both parts of the generator come apart when the target is hit. It is important to make sure the two middle generators are touching as much as they can. Once the position is right it works, but it’s far from perfect and it takes at least two hits for it to completely explode, which in a way adds more to the play value but it’s debatable whether it was intentional.

Each side is represented by their own minifigure, both new this year. The Rebel trooper is exclusive to the set although his face has been seen before in a number of Star Wars: The Last Jedi sets.

The Snowtrooper is much more desirable. The dual moulded helmet is absolutely stunning and while there is no separate back pack or dress piece, like previous versions, the printing is so good it makes up for it. The continuation of the dark grey skirt piece onto the legs is excellent. The only slightly weird choice is the use of dark tan gloves. They look okay, but not at all accurate to any source material. Likewise the Rebel Trooper is wearing dark bluish gloves and it feels like these should have been swapped round. It’s an easy switch though for anyone who would rather swap them.

Overall 75239 Action Battle Hoth Generator Attack feels like it gives fans a substantial amount of stuff inside the box, especially when considering the price point, but it’s not going to be a set for everyone. Some will be put off by the scaled down nature of it, but fans looking for an incredibly fun and rewarding play experience will absolutely love this. Combining it with the much larger 75241 Action Battle Echo Base Defense will allow fans to play out their ultimate The Empire Strikes Back fantasy battles.