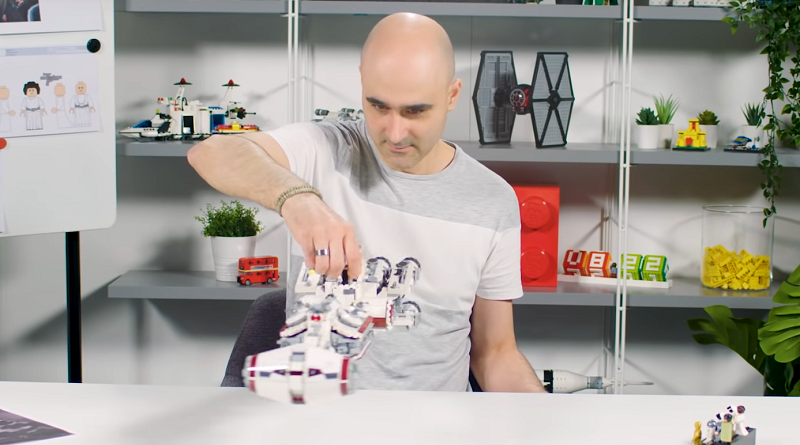 The behind-the-scenes designer video for Star Wars 75244 Tantive IV has been released by the LEGO Group.

In just two days time, 75244 Tantive IV will be released as the latest exclusive LEGO Star Wars set from shop.LEGO.com. In a new video shared by the LEGO Group, Model Designer César Carvalhosa Soares and Graphic Designer Maddy O’Neill discuss the design of this new version of the iconic Rebel Blockade Runner, sharing a few secrets about the process they undertake from their Billund offices.

The set contains 1,768 pieces and includes a Bail Organa minifigure for the very first time. It will be released on May 3, in time for this year’s LEGO Star Wars promotional weekend, that will see the following deals available to tempt eager fans:

This year marks 20 years of LEGO Star Wars, which is celebrated with a special feature containing exclusive interviews in Brick Fanatics Magazine.