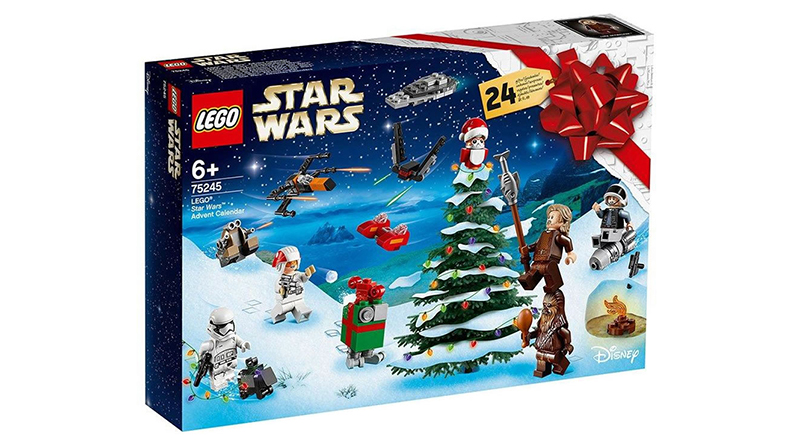 Each year, the LEGO Group releases a selection of advent calendars, with the Star Wars themed one now a tradition. LEGO Star Wars 75245 Advent Calendar will be the 2019 offering, which can be seen in this selection of official images published by Zusammengebaut, which are much nicer than the grainy image previously released. The price will be €29.99 and it will be released on September 1.

As always, 75245 Advent Calendar is presented as a boxed advent calendar that will contain a mix of minifigures and mini-builds, with Ahch-To Luke Skywalker a desirable character for collectors. There are a few nice army building characters along with the former Jedi, while the Porg represents the annual festive character. The builds cover a range of Star Wars source material, with two notable includions being the Mynock and the festive coloured Gonk Droid.

For the first time this year, the LEGO Group will release a Harry Potter themed advent calendar.

Yesterday, the set number for the next Ultimate Collector Series set was discovered – along with the potential subject it will represent. The latest set to be released in theme was LEGO Star Wars BOOST 75253 Droid Commander, which launched at shop.LEGO.com earlier this week.